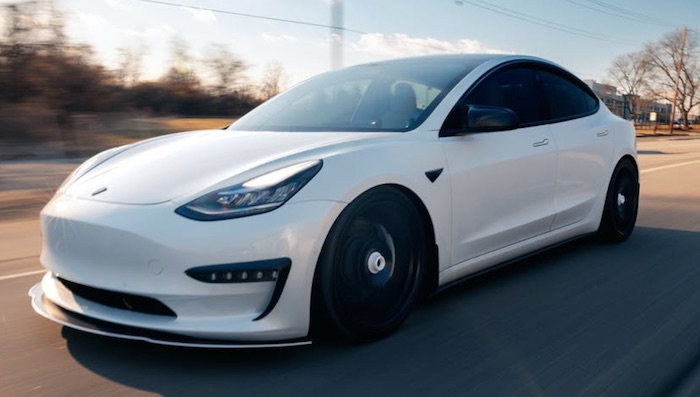 The answer is for Vermonters to insist that the LCAR members vote to reject this rash, unworkable initiative pending further assessment; vote for representatives who will stand up for voters instead of progressive tyranny; and then demand that the ill-considered GWSA be repealed or amended in future.

Vermont’s Legislative Committee on Administrative Rules (LCAR) must vote by Dec. 1 to either adopt or reject a mandate that all new car sales in Vermont after 2035 must be compliant with California’s standards that ban all gas or diesel powered vehicles. California is facing highly-publicized difficulties implementing this proposal, and only 15% of Vermonters approve of the plan according to a recent poll. Yet it appears that Vermont’s Department of Environmental Conservation (DEC) and Agency of Natural Resources (ANR) have already determined that this is a done deal and that these standards will become law in Vermont.

In response to the threat of climate change, in September 2020 the General Assembly enacted the Global Warming Solutions Act (GWSA), Act 153, which set goals to achieve greenhouse gas emission reductions and created a Climate Council charged with adopting an initial Climate Action Plan in December 2021. The Initial Climate Action Plan directed ANR to adopt California’s Advanced Clean Cars II, Advanced Clean Trucks, the Low NOx Heavy-Duty Omnibus, and the Phase 2 Greenhouse Gas emission standards for trucks and trailers because these rules are critical to meet Vermont’s required reductions of greenhouse gas emissions from the transportation sector. ANR must adopt these regulatory amendments before the end of 2022 to meet the deadlines in the GWSA and mirror California’s implementation of the rules.

The ANR has literally incorporated California’s rules into Vermont’s administrative enactments, and expects the LCAR to rubber-stamp its predetermined position without complaint. Though only 15% of Vermonters support this shift (per a recent poll), the very anti-democratic Democrats have set up the statutes so that their opinions are immaterial — the runaway Vermont bureaucracy knows what is good for the citizenry and has swept voters aside for these disastrous, Draconian California regulations.

A recent email from Anthea Dexter-Cooper of the Office of Legislative Counsel to LCAR members states:

First, the Climate Action Plan directs ANR to adopt this suite of rules, with Advanced Clean Cars II being adopted not later than December 1, 2022. … Second, in order for the rules to apply to model year 2026 they need to be effective on January 1, 2023.  … This means that you should expect to see these rules in November. … The DEC and the Department of Motor Vehicles (DMV) currently interpret the use of “import” in the existing rule to mean that a Vermonter cannot purchase a new motor vehicle from another state and then register it in Vermont unless it meets the California standards.  … DEC thinks that if there were not the requirements of the GWSA there could be some bifurcation in which of the individual rules in the suite of rules are adopted by a state, meaning that Vermont could, for example, adopt Advanced Clean Cars II but none of the other rules. Again, that position is just looking to the requirements under the Clean Air Act and does not consider the GWSA.

The state’s argument is that if our legislators fail to implement the no-gas-cars measure already set in legislative stone under the GWSA, lawsuits will compel it to do so — under the same GWSA. But this must not be a suicide pact, and Vermonters’ opinions must be considered. Other states are balking at this extremist boondoggle, as reported by Vermont Daily Chronicle:

Other states in the same boat as Vermont, those that have traditionally followed California, are aware of what is going on and are taking action to disassociate from the ban. … Other states, including Pennsylvania, Virginia, and Minnesota are balking at the policy as too radical and impractical. Time will tell what the rest decided.

The answer is for Vermonters to insist that the LCAR members vote to reject this rash, unworkable initiative pending further assessment; vote for representatives who will stand up for voters instead of progressive tyranny; and then demand that the ill-considered GWSA be repealed or amended in future.

The chair of LCAR is Sen. Mark MacDonald, who notoriously commented that if Vermonters objected to a proposed “clean heat” tax on heating oil, they should “Get a blanket,” and who also asserts that these taxes help low-income Vermonters! MacDonald claims he and the other enlightened progressives are rescuing Vermont’s poor, and complained in committee against those of us who object:

“So how come opponents get away with saying you can’t do this because you’re going to hurt low income Vermonters? How do they get away with … (inaudible)? They’re getting screwed now.”

I here submit that the question must be reversed — how do these deaf tyrants get away with sapping tens of millions of dollars from low-income Vermonters in electric rates to fund solar panels and EV cars? Vermonters are most certainly “getting screwed” right now!

Attorney Dexter-Cooper offers the only sure protection for Vermonters: “10 V.S.A. § 593(l) gives the General Assembly authority to repeal, revise, or modify any adopted rules.” An even stronger safeguard would be to repeal the unconstitutional, unworkable, ideologically-warped, inequitable, economy-destroying GWSA nonsense altogether.

10 thoughts on “John Klar: Are electric car mandates a done deal for Vermonters?”