Systemic racism is the buzzword in America — it’s in every paper and publication across the United States. Ben Shapiro, in his tour across American college campuses, asks his respondents the following: “Show me where systemic racism exists, and I’ll fight alongside you to stop it.” Ben, here’s the systemic racism in America.

The press will call President Donald Trump a racist at least 100 times a day, if not a thousand, yet they are quiet on the murders every day in Chicago. You see, once again, the American conversation is framed a certain way. In the Soviet Union, the correct term for that is propaganda. The narrative we parrot is all scripted — we are told one thing over and over again until we believe things without question. If one were to remove themselves from the media onslaught and then reinsert themselves into the media world, the culture shock is quite disturbing. If you sit back and listen to people in casual conversations, we are good listeners; you’ll find we repeat what we hear. If however we pause, if we are quiet, if we ask questions, we come to some disturbing realities. 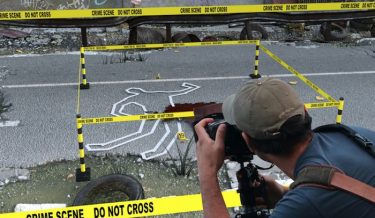 “If you read the Vermont press, you’d think the Green Mountain State has a pandemic gun problem. It’s not true. Chicago has a pandemic problem. Adjusted for Vermont’s population, to keep pace with Chicago, Vermont would have to have 387 shootings as of Aug. 10 — think about that statistic!”

There is systemic racism in America, there is systemic oppression in America, and it’s the media. The racism and oppression have nothing to do with being white; it has everything to do with the media. The media is racist and oppressive. In Vermont, we wax poetic about our systemic racism and biases, but they don’t exist. One might say, “Neil, you’re dramatic, you’re taking an isolated event and blowing it up.” No I’m not. The press surely is racist. They are framing the conversations, they are framing the political discourse. The media is the systemic racist organization people have yet to pinpoint.

Let’s discuss murder, crime and gun control, of which the press is providing a whole racist argument 24/7 for at least 10 years running. Well, we know what’s happening in Chicago because some private citizens care enough about their fellow Chicago citizens to track and print the shootings every day.

Yet if you read the Vermont press, you’d think the Green Mountain State has a pandemic gun problem. It’s not true. Chicago has a pandemic problem. Adjusted for Vermont’s population, to keep pace with Chicago, Vermont would have to have 387 shootings as of Aug. 10 — think about that statistic!

Yet the press and the “common sense” gun advocates frame our state as having a problem that doesn’t exist, and ignores Chicago. It’s systemic and intentional. Our brothers and sisters living in Chicago are experiencing crimes at high levels. There is a broken system brought on by failed big city social engineering and corruption. In Chicago, they have a special name for local corruption: Boodle. Yet the national press is silent.

“Common sense” gun-law advocates and the mainstream media are continually and purposely practicing systemic racism. They are deliberately ignoring a calamity of epic proportions  upon people of color. The problem areas they are ignoring happen to be filled with minorities. On top of that, they are purposely shaming and tearing down those who try and offer aid. African-American comedian Steve Harvey had to withdraw his efforts to assist the president because the unprecedented media attacks upon his business and family were merciless.

Here’s another statistic to think about: If Vermont had the same crimes as Chicago, we’d have 65 people killed by guns in Vermont as of Aug. 10. Again, the press frames the conversation to say Vermont has a problem, but ignores the real problem in Chicago and Baltimore — all while calling President Trump racist. They are blatantly creating a narrative that is 99 percent false.

Vermont is not racist, nor do we have a gun problem. President Trump is bringing Americans together — he is not racist.

Neil Johnson, of Waitsfield, was a 2018 candidate for state House in the Washington 7 district.