Thousands of people around the world are preparing to participate in a weeklong global climate strike in late September.

The climate activist organization 350Vermont, which generally relies on young people and school children to advocate for its political causes, is gathering much of the local protests.

The event, which will take place Sept.20-27, will coincide with a UN Climate Summit in New York City on Sept. 23. The goal the summit is to accelerate progress towards meeting the energy standards of the 2015 Paris Climate agreement. The United States exited the Paris Agreement in 2017 over economic concerns, as green energy costs significantly more than energy derived from fossil fuels and nuclear sources. 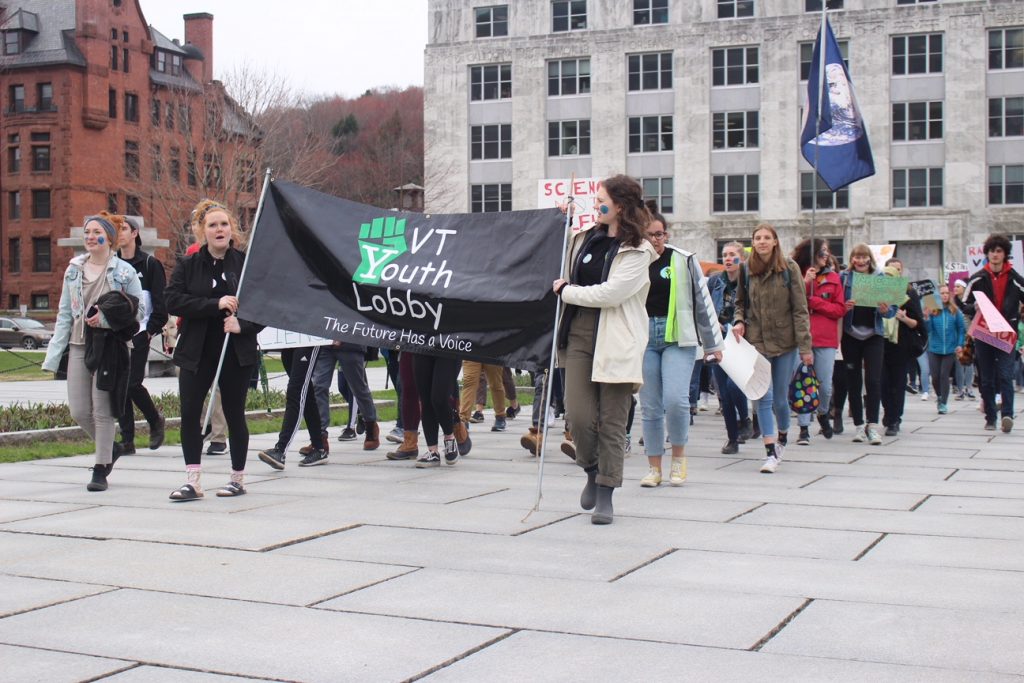 YOUNG PEOPLE IN FRONT: Increasingly, young students are taking the leading role in calling for what amounts to austerity measures in terms of energy, all in the name of saving Earth from global warming.

According to 350Vermont’s press release about the climate strike, millions will hit the streets to demand urgent action on climate change.

“It is on course to be the largest global mobilization against climate breakdown, with over 6,000 people in 150 countries pledging to organize events to date,” the group states.

In a video put out by 350.org, several young people pledged to take action in September.

“We are the younger generation, we are the ones that are going to be affected, and therefore we demand justice,” says one young woman interviewed in the video.

Another girl says she’s joining the strike because “if we don’t fight for our future now, soon we won’t have a future to fight for.”

Observers can expect to see a range of planned activities from rallies and music concerts to “teach-ins” and protests targeting fossil fuel companies and the banks that provide them with financing.

The Global Campaign to Demand Climate Justice will coordinate with its annual Reclaim Power mobilizations to call for the “transformation of the energy system.”

President Trump during his 2016 campaign expressed skepticism that a dramatic energy transformation towards higher-priced green energy is necessary or good for the economy.

“The concept of global warming was created by and for the Chinese in order to make U.S. manufacturing non-competitive,” Trump said on Twitter, later explaining that large competing economies such as China benefit from having the U.S. adopt regressive energy policies.

One analysis published by Americans for Tax Reform concludes that the Paris Accords would have a negative impact on the U.S. economy:

The agreement, however, would not just have hurt the country’s growth as a whole, but would have trickled down to low-and-middle-income Americans. If the U.S.’s participation in the agreement had been allowed to move forward, energy costs would have skyrocketed, in turn raising the cost of utility bills for families and increasing the costs of consumer goods.

A recent study by Chicago University indicates that states with renewable energy portfolio standards (renewable energy quotas) have had their economies suffer as a result of higher energy prices.

In other countries that have aggressively implemented high amounts of wind and solar power, the costs of energy for these residents has gone up as much as two-fold.

The September climate strike approaches just as a new climate study from Finland has cast doubt on the International Panel on Climate Change narrative that the world is going to end in 10 years if global warming policies aren’t quickly enacted. The Finnish study examines the models and methodology that the IPCC uses to reach its dramatic conclusions, and it breaks down where the faults are and why those conclusions should be questioned.

“Because the anthropogenic portion in the increased CO2 is less than 10 percent, we have practically no anthropogenic climate change,” the study states. “The low clouds control mainly the global temperature.”