As Alex Azar, secretary of the Department of Health and Human Services, declared: “Today’s transparency announcement may be a more significant change to American health care markets than any other single thing we’ve done, by shining light on the costs of our shadowy system and finally putting the American patient in control.”

The president’s combination of rule changes should directly benefit patients. They would enable patients to get vital information on what they will pay for scheduled medical procedures and services – the vast majority of such items and services – in an easy-to-understand, plain English, online format. 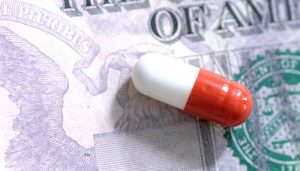 Pursuant to the president’s recent executive order, the  departments of Health and Human Services, Treasury, and Labor are jointly proposing a major “Transparency in Coverage” rule that would give Americans “real time, personalized access to cost sharing information” in their health plans.

The Trump policy could stimulate intense price competition among hospitals and thus enable patients, as well as insurers and employers, to secure significant health care savings.

In short, the policy promises to increase the power of individuals and families by giving them greater control over their health care dollars and decisions.

Markets, including health care markets, cannot work unless consumers have reliable information on the price and quality of the services they are buying. Yet most of us are largely in the dark about the cost of common medical procedures, let alone why they cost what they cost.

Health care is a huge, complex, and growing sector of the American economy, and it is largely insulated from consumer power.

Annually, Americans spend more per capita ($10,739) and in the aggregate ($3.5 trillion) than any other advanced country. Yet real price information is obscured by layers of complex third-party payment arrangements between health insurers and hospitals and other medical professionals.

Securing such information in a clean, clear fashion ranges from the difficult to the impossible. That means it’s almost impossible for patients to budget for health care needs and shop around.

Trump’s transparency initiative, announced Nov. 15, is a direct attack on this pervasive obscurity. Pursuant to the president’s recent executive order, the  departments of Health and Human Services, Treasury, and Labor are jointly proposing a major “Transparency in Coverage” rule that would give Americans “real time, personalized access to cost sharing information” in their health plans.

This not only would include clarity of out-of-pocket costs for all “covered services,” but also the “negotiated rates” for in-network providers and insurance payment amounts for the services of  “out of network” doctors.  The rule would require that insurers provide this information through an easily accessible public website, so persons will know the price of medical services beforehand. No more surprises.

HHS also is finalizing a second major rule, “Price Transparency Requirements for Hospitals,” that would require all hospitals to give patients information on their “standard charges” for their medical items and services, including “payer-specific” charges and the “minimum and maximum” negotiated rates among hospitals and insurers and providers.

Hospitals also would be required to post this charge information online for up to 300 “shoppable” medical services and procedures, meaning medical services or procedures that patients can schedule as opposed to being provided under emergency conditions. Designed to give hospitals plenty of lead time to prepare, the final rule is scheduled to take effect on Jan. 1, 2021.

As a recent blog post for Health Affairs notes, both Trump initiatives (consuming 549 pages of regulatory text) are more far reaching than any previous official attempt at price transparency. Not surprisingly, the American Hospital Association, among others, already has signaled a court challenge.

Hopefully, the Trump administration will prevail. America’s hospital and insurance markets are both highly concentrated, a trend due to government policy and accelerated by President Barack Obama’s Affordable Care Act, popularly known as Obamacare.

Neither is working well. Millions of Americans are often unclear about the true costs of their health insurance; hospital bills for the same procedures are often radically different in the same geographic areas; and patients are often mystified or shocked by unforeseen hospital charges.

If consumers, and employers especially, use price information, the Trump administration’s measures also could stimulate stronger competition–opening up new options for patients and resulting in more robust health care markets and ultimately lower costs for individual patients and their families.

Still, a word of caution is in order. While administration officials intend to improve conditions in the nation’s troubled health care markets, they should take special care that they neither hinder nor pre-empt innovative state transparency efforts, such as the leading hospital pricing and performance standards adopted in Maryland and several other states.

Moreover, administration officials should realize that that this rule-making is no substitute for broader reform, and that will require Congress to act.

One key reason patients don’t have price information today: layers and layers of government laws and regulations that keep insurers and providers from working directly for consumers.

Trump has taken steps to address this, but to really fix the problem, Congress must reform the health insurance markets so that ordinary Americans are able to buy personal, portable, and affordable coverage from any source of their choosing, without either a tax penalty or a regulatory restriction.

A place to start:  End Obamacare’s regulatory overkill in the individual and small group markets, which has collapsed choice and competition in health plans while saddling middle-class families with exorbitant insurance costs. The Health Care Choices Proposal, backed by a variety of conservative policy analysts, would reverse these negative dynamics and significantly lower costs and expand choices.

Real reform is a step-by-step process. No single rule or piece of legislation will transform the giant health care sector of the American economy. The Trump administration’s price transparency agenda, however, is a big step in the right direction.