The New Hampshire Senate Commerce Committee has voted 3-2 to endorse a bill that would raise the age for buying tobacco products in New Hampshire to 21.

The committee’s three Democrats voted for the bill, SB 248, and the two Republicans voted against it. The measure could go before the full Legislature when the next session starts in January. 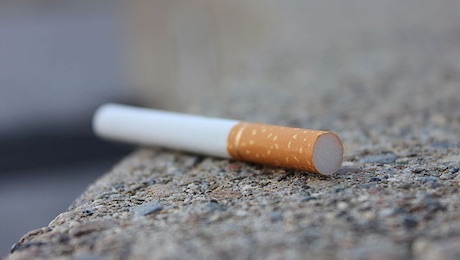 N.H. state Sen. Harold French: “Whether they choose to smoke or take nicotine, these are the same people we give the right to vote to, the right to sign away their life to go war for us.”

According to the Concord Monitor, a recent rise in teen vaping and vaping-related illnesses motivated Senate President Donna Soucy, D-Manchester, to back the bill.

However, Republicans contend another jump would serve to curtail young people’s freedom, particularly since the state just hiked the age from 18 to 19 as part of the compromise budget that goes into effect Jan. 1. New Hampshire’s Republican governor, Chris Sununu, is also against raising the age to 21.

“I don’t believe that this issue is actually an issue about tobacco, cigarettes, use of nicotine,” French said. “I believe it’s the rights of our young adults to make decisions that’s at stake here.”

Keeping the age where it is makes sense given the other freedoms 19-year-olds have.

“Whether they choose to smoke or take nicotine, these are the same people we give the right to vote to, the right to sign away their life to go war for us,” French added. “They have the right to marry, among many other legal responsibilities they can take on. And we’re telling them that they don’t have the capability of deciding whether they’re going to use nicotine or not.”

“It was really the electronic issue and the huge upsurge in usage that really catapulted us moving forward with this policy,” Vaughn said.

3 thoughts on “With smoking age increase to 19 looming, New Hampshire eyes another hike to 21”