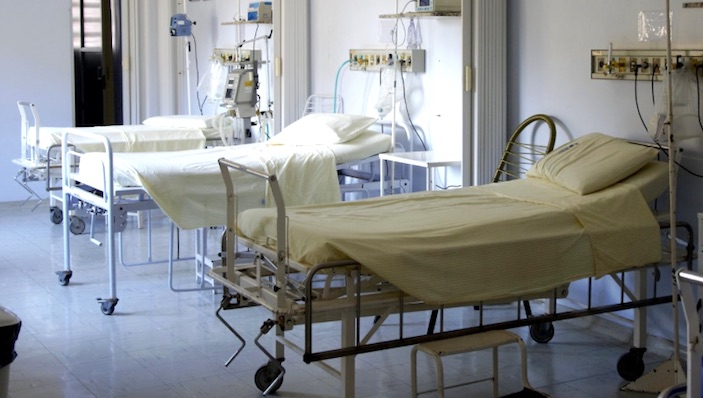 NO PROTECTION?: House lawmakers on Friday voted in support of a bill that would ban guns from hospitals. The bill, if it becomes law, would leave no one armed to defend patients or staff against an attacker.

The Vermont House of Representatives on Friday voted 93-47 to ban guns from hospitals, require background checks that could delay gun purchases for 30 days, and let health care providers alert police if they believe a patient might commit an act of gun violence.

The vote on “third reading” followed Thursday’s “second reading” vote in which representatives passed the bill, S.30, with a 97-49 tally. Both margins of passage are under the 100 votes that would be needed to override a potential gubernatorial veto.

Gov. Phil Scott has not said whether he supports the bill.

Vermont’s hospitals currently have no armed guards to protect patients and staff. That detail came out during debate on the bill.

“It was also made clear to us that a hospital guard does not carry weapons, they are not allowed to carry weapons,” the bill’s sponsor, Rep. William Notte, D-Rutland City, said.

On the issue of safety, delayed background checks may also harm individuals who need to purchase a gun for immediate self-protection.

Notte nevertheless provided his justifications for sponsoring the legislation.

“[The House Judiciary Committee] heard from several hospital administrators, all of whom spoke in favor about this bill,” he said. “What they had to say is, quite often, when an individual is getting a medical diagnosis or hearing a family member’s diagnosis, it can be a very emotional moment and quite often the first reaction is to lash out in anger at the medical staff providing the diagnosis.”

Data published at the National Health Institute contradicts claims that most gun incidents in hospitals are reckless accidents or spontaneous attacks. The institute did a study of 154 shootings in U.S. hospitals from 2000 to 2011, and found that 73 percent were “a determined shooter with a strong motive,” meaning they were premeditated shootings with no apparent regard for any law.

Rep. Patrick Brennan, R-Colchester, noted a similar point to his colleagues in the House chamber. He argued that S.30 “won’t do a thing to prohibit [intentional criminal attacks] from happening.”

On Tuesday, the House Judiciary Committee tacked on the new provision that could delay gun purchases for up to 30 days during background checks. The current requirement is that when a background check goes beyond three days, the buyer gets possession of the firearm — a process known as “default proceed.”

Rep. Anne Donahue, R-Northfield, pointed to a section of the bill that makes it easier for health care providers to notify authorities when they think their patients’ guns should be confiscated.

The bill language as written says “a health care provider may notify a law enforcement officer when the provider believes in good faith that disclosure of the information is necessary to prevent or lessen a serious and imminent threat to the health or safety of a person or the public.”

Donahue argued this could potentially allow for a therapist to order guns taken from law-abiding citizens and for scenarios that may not be justified.

“The main point that I want to address is how critical it is for a person to have trust in a therapeutic relationship for a person who is seeking mental health,” she said. “I can recall a fairly recent study that some 50 percent of people seeing their primary care provider will not share significant mental health concerns or issues because of the simple fear of stigma.”