MONTPELIER — A bill that would require all Vermonters to have health insurance has made its way to the governor’s desk, but it’s uncertain that Republican Gov. Phil Scott will sign it, since it likely would use a revived Individual Health Effort Tax as a penalty.

The federal Obamacare penalty for not purchasing private health insurance was eliminated via last year’s federal tax reform bill. With the change to the tax law, Vermonters are free to forego health insurance and pay for medical bills out of pocket when service is received.

That freedom could be lost, depending on what the governor decides. 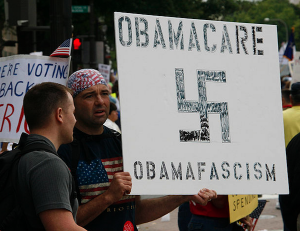 Critics of Obamacare have called the health law “fascist” because it attempts to coerce all Americans to purchase a product under threat of penalty. While the GOP tax reform of 2017 removed the penalty, Vermont lawmakers seek to impose one of their own.

During the legislative session, state lawmakers of both chambers passed H.696, which says Vermonters must have health insurance starting January 2020. The penalty for failing to comply, however, remains undetermined.

Instead, the bill creates a working group to determine a penalty, and there could be exemptions for certain groups. Those recommendations will be available before the start of the 2019 legislative session.

In 2005, the Vermont Legislature drafted a single-payer bill that contained an “Individual Health Effort Tax” to be imposed on all Vermonters — at the rate of 1 percent of federal adjusted gross income. Former Gov. Jim Douglas, also a Republican, vetoed it.

Scott has repeatedly pledged to veto any bill that attempts to raise new taxes or fees on Vermonters.

In late February, Department of Vermont Health Access Commissioner Cory Gustafson told legislators that the administration had been “supportive of a mechanism to encourage health care coverage” during the bill’s drafting process.

So far lawmakers haven’t heard much else.

“I have not heard which way [the governor] will go, but I believe this is one of the 37 bills that was put on his desk the other day,” state Rep. Mark Higley, R-Lowell, told True North.

Higley was one of only 16 legislators in the House who voted against the bill. He said he didn’t support the mandate when it was part of the federal Obamacare law, and he continues to be against it now.

“I didn’t approve it back when the Obama administration imposed it and I even dislike it more now that there’s not even a defined penalty that goes along with it,” he said. “There’s that working group that’s set up to look at it and come back next year, but that to me is a poor way to do business.”

He said this isn’t going to do anything to help attract young people to Vermont.

“We’ve talked about trying to attract young individuals to the state and this might be one more thing that would prohibit some of them from wanting to come.”

He did say that the move towards mandated insurance is just another move in a long string of policies that move away from a free market.

“I think going down this whole route of OneCare and all that, you are doing away with competition all the time. It’s these big conglomerates, whether it’s UVM Medical Center [or others], and everybody is kind of affiliated now,” he said. “Once you do away with your independent doctors you lose that competition, and that’s another reason, if you ask me, that things continue to go up in price.”

Rep. Marcia Martel, R-Waterford, said she doesn’t know where the governor stands on the proposed mandate. She also was among the 16 who voted against the bill. She said Vermonters need a broader array of choices when it comes to purchasing health insurance.

“I just feel that people ought to have the right to buy their insurance wherever they please,” she said. “… There seems to be no limit to what the insurance providers charge in Vermont.”

She added that if people would like to go to the doctor and pay the bill as they go, they should be able to do that if they can afford it.

A promise of Obamacare since its inception was that health care premiums would become more affordable once everyone paid into the system. However, that trend has not been materializing for Vermont.

For 2018, the Green Mountain Care Board approved health insurance rate increases of 9.2 percent for Blue Cross Blue Shield and 3.5 percent for MVP Healthcare. In 2016, Vermonters paid the highest average monthly premium of all 50 states, at $469 per month.

Earlier in the legislative session, Sen. Randy Brock, R-Franklin, told True North that he voted against the bill because by creating the working group they are making the assumption that forcing Vermonters to purchase health insurance is a good idea and a foregone conclusion.

In January, John McClaughry, vice president of the free-market think tank the Ethan Allen Institute, wrote in an op-ed that a preferable alternative to forcing young Vermonters to purchase health insurance would be an enforcement mechanism to collect unpaid medical bills from those who opt out of the system.