Scott signed three bills as a response to the tragic school shooting in Parkland, Florida. However, gun rights advocates in Vermont say none of the bills actually address the problem of school security. 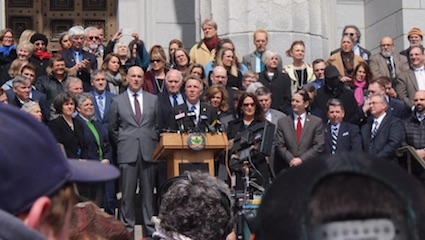 Gov. Phil Scott, standing on the steps of the Statehouse on April 11, 2018, defended his decision to impose gun control on Vermonters.

Chris Bradley, president of the Federation of Sportsmen’s Clubs, said the only new legislation that “has a prayer” of affecting school safety is S.221 (Act 97), the “extreme risk” protection order. The measure allows confiscation of guns if a judge determines someone to be a risk to himself or others.

“Every other [restriction] that was signed under S.55 is feel-good legislation that won’t amount to a hill of beans,” Bradley said.

S.55 (Act 94), the most controversial of the new laws, requires criminal background checks on private gun sales, sets a 10-round magazine limit for rifles and 15 rounds for pistols, bans bump stocks and raises the minimum purchase age to 21. The other law, H.422 (Act 92), allows police to confiscate guns for a period of time in a domestic violence situation.

One bill that actually addresses school safety, H.675, didn’t make it to the House floor for a vote during the legislative session.

Bradley questioned the logic behind the new laws and wondered if there was any real thought process behind the write-ups.

“Something like a mag ban — passing a law that says everybody can keep what they [currently] have — what possible effect will that have?” he said. “[As for the] universal background check, the majority of guns are obtained legally, at least initially, and then they may be stolen or something else.”

Bradley added that guns are not to blame, but rather “more kids left by the waysides, more kids not fitting in, more kids from broken homes.” He said violent shooters are often prescribed drugs that affect mental health, but for some reason that’s not being taken into consideration as a contributing factor. 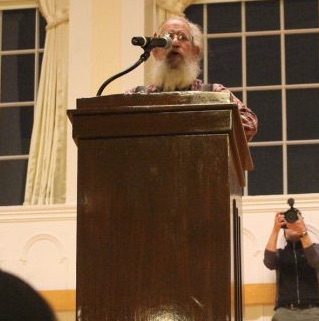 Ed Cutler, president of Gun Owners of Vermont, speaks at a pro-gun rally at UVM.

Ed Cutler, president of Gun Owners of Vermont, agrees that the newly signed bills don’t focus on protecting kids, but are more focused on gun restrictions than school safety.

“Scott’s crazy idea of limiting mag capacity to 10 rounds wouldn’t have done anything to prevent the shooting in Florida,” Cutler said. “The only way to truly protect kids in schools is to have armed school personnel there. I mean armed and trained.”

Cutler is serious about school safety. He’s gone as far as making an offer through the Legislature to personally train school personnel free of charge.

He said Scott’s gun control legislation will not make a difference to criminals, but will affect the people who already abide by laws and are not likely to commit a violent crime in a school setting.

“Honest, decent people will be locked up for doing something that they’ve been doing for 230 years. If you give a magazine over 10 rounds to, say, a relative, even your own son, that’s a transfer and you go to jail for a year,” Cutler said.

“Vermonters have been responsible firearms owners and it’s insulting that the legislature and our Governor is not willing to trust the good and honest people of Vermont,” he said.

But national gun control groups are praising Scott for imposing gun control on Vermonters. Moms Demand Action, a part of Everytown for Gun Safety, issued a statement celebrating Vermont’s status as the 20th state to go beyond what federal law requires “by closing the background check loophole.”

“This is especially meaningful for Vermont and its residents in light of the averted school shooting at Fair Haven high school. These new laws will save lives — and we hope other states will follow suit to keep communities safe before another tragedy strikes.” 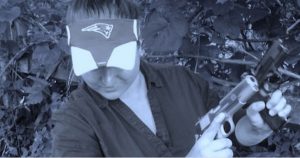 Liz Mason, a gun owner and resident of Hyde Park, disagrees that the new laws will save lives, especially since they don’t address mental health problems.

“Until Vermont reports to the NICS system (National Instant Criminal Background Check System) for mental health cases, it’s not going to be effective,” she said. “That’s exactly what the kid in Florida did. He got a gun with a background check despite his mental instability. The same thing with Jack Sawyer — he bought his gun with a record check after being in a mental institution.”

Mason thinks the people who will be affected most if these bills become law are the next generation of kids. It’s affecting their right to bear and keep arms, she said, and if there was a situation where a gun was needed within a week, they’d have to wait possibly six months or longer to attend a hunter safety course before they’re even considered.

Mason did show a hint of optimism about $5 million the state obtained to make schools a more “friendly place” with minor security upgrades inside the schools.

“The money is going towards door locks. Schools are lacking interior door locks, which is obviously something we can all support,” she said. “[Scott] also spoke about better camera systems in the school and better sound systems like intercoms.”

But according to Mason, the NRA already offers the School Shield Program, which gives grant money to schools in order to upgrade security measures free of charge.

“So, Scott’s acting like he’s a hero for coming up with this $5 million to fix the school, but I’m questioning was this money … available from the NRA School Shield program for free?” Mason said.