The Vermont Supreme Court has sided against a constitutional challenge to a 2018 state law banning standard capacity magazines, and now Vermont gun rights advocates may focus on a separate legal challenge — and one Second Amendment advocate says the issue could be headed for the federal courts.

In response to Friday’s ruling that “the magazine ban is a reasonable regulation of the right of the people to bear arms,” Bill Moore, firearms policy analyst for the Vermont Traditions Coalition, told True North the fight may need to go all the way to the U.S. Supreme Court.

“Decisions poorly researched, poorly written and poorly decided are ripe for being overturned by justices who respect the law over politics,” he said. Those justices are sitting in the Supreme Court of the United States and prepared to do just that. And sooner than later.” 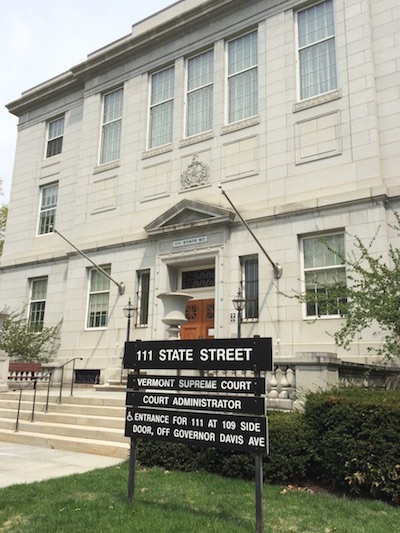 In 2018, Republican Gov. Phil Scott signed S.55, legislation that imposed a magazine limit of 15 rounds for handguns and 10 rounds for rifles. It also expanded background checks to include private gun sales, raised firearms purchase age to 21, and banned bump stocks.

Max Misch, a Bennington resident and activist who regularly makes headlines with public controversies, became the first Vermonter charged with violating the new law when he purchased two 30-round magazines from New Hampshire and brought them back to Vermont. Misch’s defense argued that the magazine limit violates Article 16 of the Vermont Constitution, which states “people have the right to bear arms for the defence of themselves and the state.”

Currently, the Vermont Supreme Court considers the case resolved via this entry order from November.

Moore continued that the battle over the issue may get to federal courts.

“When the SCOTUS [Supreme Court of the United States] inevitably rules this is not a second-class constitutional right as some state courts have done, we will have the respect for these rights envisioned by the Founders and enshrined in the Bill of Rights. Remember, these 10 amendments were a condition demanded by our first patriots for their support of the new Constitution. They understood, even if Vermont’s best lawyers in black robes do not.”

He brought up a 2010 ruling from outside Vermont as an example of judges getting it right.

“The McDonald v. Chicago case incorporates the Second Amendment as an individual right subject to the Equal Protection Clause of the 14th Amendment as against state infringement,” he stated.

According to a summary at Britannica.com, the Second Amendment that established “the right of the people to keep and bear arms,” applies to both state and local governments.

Chris Bradley, president of the Vermont Federation of Sportsmen’s Club, told True North by phone Friday that plaintiffs in the ongoing civil case are taking legal advice before issuing an official response.

“The fed will have to review the written opinion to decide our course of action,” he said during the call. ” … There are two cases, one of them is still undecided.”

Eric Davis, president of Gun Owners of Vermont, refused to comment, but said his organization would issue a response soon.

The Vermont Supreme Court decision is counter to a 9th U.S. Circuit Court of Appeals ruling in 2020, in which a three-judge panel ruled California’s limits on magazine capacity violate the U.S. Constitution. In that case, appellate Judge Kenneth Lee wrote that a limit on magazine sizes “strikes at the core of the Second Amendment” and the right to personal defense.