On Town Meeting Day this March, Winooski voters have an important question to answer: should Winooski allow cannabis retailers in the city?

On Jan. 25, the Winooski city council decided to include this question on the ballot for Town Meeting Day. According to a memo written by planning and zoning manager Eric Vorwald, this decision is in accordance with Act 164.

“In order to permit activities related to cannabis sales, production, or manufacturing with a municipality, a vote must be taken by the residents of the municipality to permit the uses to occur.”

Local leaders have mixed opinions regarding the upcoming vote.

“I think there could be some unintended consequences that arise if the voters pass it,” said Kate Nugent, executive director of the Winooski Partnership for Prevention, a substance abuse prevention nonprofit, about the proposal. 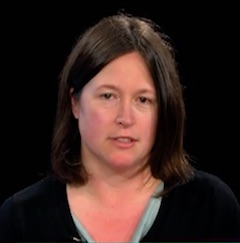 Nugent was skeptical as to whether or not the circumstances for the city were right for retail cannabis.

“I think there’s just a lot that we don’t know right now and we won’t know for a while,” she said. “The way the law is written, most of the regulations are going to be created by the state board, and they won’t have theirs done until at least a year from March.”

“There’s a lot to think about… it helps the town to have as much time as possible to consider,” Nugent said.

Nugent emphasized the importance of educating not only students, but the general community as well, about substance issues—in order to protect the youth.

“Now that it is on the ballot, I think our goal is to educate the community about what we know and what we don’t know about what that will look like at the city level.”

Nugent noted several key educational points she thought would be important to share with the community.

“Knowing that if you don’t use the substance until you’re twenty-one, you have less than a 1% chance to become addicted to or dependent on that substance is pretty powerful.”

Nugent additionally expressed concern for Winooski’s youth, saying that more and more they see cannabis as not harmful.

“We pay attention to that perception because if you don’t think something’s harmful, you’re much more likely to use it.”

Although Nugent highlighted the risks involved in passing this vote, she acknowledges the benefits as well.

“We want to support a thriving local economy, too—and also make sure that our youth and young adults’ health are not sacrificed,” she said.

In a public memorandum on the ballot item, Winooski Police Chief Rick Hebert wrote that he thought “a retail cannabis establishment would not directly increase Public Safety calls for service in our community.”

In a similar memorandum, Fire Chief John Audy Jr. noted, “my position regarding Commercial Cannabis is both supportive and cautious.”

Both Hebert and Audy expressed concerns regarding the manufacturing of cannabis products in Winooski, however state law only allows for municipalities to ask voters about cannabis retailers specifically.

Some Winooski business owners are optimistic regarding the possibility of cannabis shops opening within the city.

“If it’s something that’s legal and that the community of Vermont has decided they want, then of course we’re for it” said Jen Swiagek, majority owner of the Beverage Warehouse.

Swiagek sees this vote as an opportunity for Vermont to excel in the cannabis industry.

“Vermont, I think, has incredible potential for the growing of the product, considering our history and what we’re known for, and with the incredible beers and farmers, I think Vermont has a unique opportunity here to absolutely stand out” Swiagek said.

However, there are mixed feelings concerning the effects this decision will have on existing Winooski businesses.

“Hypothetically, if there was a shop near us, I only see it as a positive-it brings more people to Winooski” said George Bergin, co-owner of the Beverage Warehouse.

“I think it could go either way because people have a certain amount of disposable income and cash, and with a business like ours, people might choose to buy a bourbon or a beer or they might choose instead to go the other way, so I think the tax value of the city will probably even out, but I think it might affect other disposable income taxes such as myself” Swiagek said.