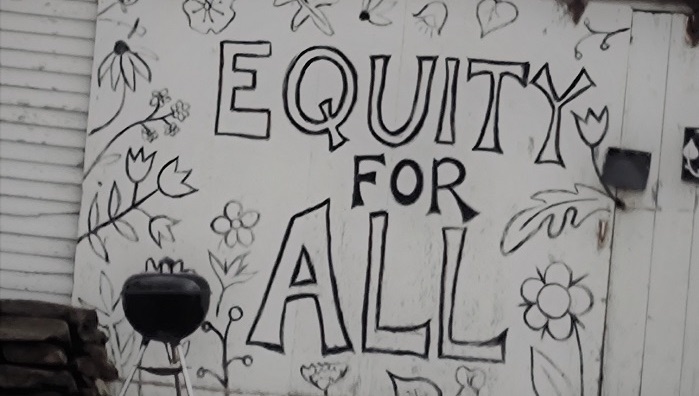 The governor speaking at his weekly news conference promoted “IDEAL Vermont,” a new diversity program designed to foster racial equity at the local level throughout the state.

Gov. Phil Scott insists that the program, which has 14 communities already on board, is for all Vermont residents, not just minorities.

“The fact is we need to do this work because while Vermont is a great place to live with tight-knit communities who care about their neighbors, not everyone has been welcomed,” he said.

Xusana Davis, executive director of the Office of Racial Equity, is guiding the program. She said racial inequities are built into the fabric of society.

“There’s a lot of built-in injustice in this country that has manifested over the years at the local level,” she said. “Think red-lining, think zoning, think education policy, think policing and community safety; these are all issues that could in part be addressed at the state and federal levels, but they absolutely have to be tackled at the local level as well if we really want to move the needle.”

Davis suggested that critics of state DEI programs may oppose them because they have “privilege” and don’t want to give it up.

“For people who have been in positions of privilege for a long time, getting to equity feels like something is being taken from them, because I’m accustomed to [having] privilege. That’s really an experimental journey that they have to be willing to go on,” she said.

Davis said $220,000 in state taxpayer funds have been committed so far, to be spent over two years. This money will be supplemented by additional funds from the Vermont Community Foundation.

Will conservatives be welcome?

Critics of DEI programs say they don’t include everyone, but favor individuals because of their race, color or ethnicity.

When asked by a reporter if Burlington’s equity and belonging committee was restricting access to community gardens only to residents who sign a diversity pledge, both Scott and Davis said they were not familiar with the issue.

“I think we need inclusion on all levels,” the governor said. “So we want to make this as easy as possible for everyone to be involved, and that means being inclusive to all walks of life. I think it’s important that we welcome people from across the board because we need people to step up to join this effort in order to be successful.”

Following the Nov. 8 election, Republicans have just 38 representatives in the Vermont Statehouse, well shy of the one-third required sustain a governor’s veto. Scott lamented GOP losses and called for Democrats to work with Republicans to find “balance.”