Gov. Phil Scott has unveiled a five-year plan to fill the state’s $58 million education fund deficit and revitalize the state’s education system by generating approximately $300 million in savings over the next five years. 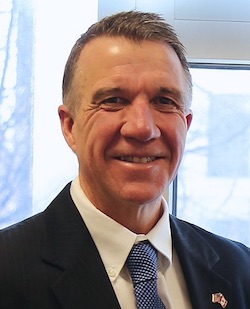 According to the governor’s office, the plan reverses “deficit growth and stabilizes education tax rates” and will be used to provide more tax relief and expand educational opportunities, like early childhood care and vocational-technical education, without raising taxes.

Scott plans to use funds from the tobacco settlement, surplus state revenues, and other sources to refill the $58 million gap for one year. If lawmakers do nothing, Vermonters will face a 5-cent to 7-cent increase in property taxes in the year ahead.

“It is essential that we move forward together to prevent a $58 million statewide property tax rate increase this year, address reoccurring deficits in the education fund and generate $300 million in savings to more and better educational options for kids, as well as lower tax rates,” Scott said in a statement on Wednesday.

The Vermont NEA opposes the plan and says about 2,000 teachers and paraeducators could lose their jobs across the state as part of the means to generate savings. The Scott administration a reduction of about 1,000 teaching and paraprofessional staff  jobs over a five-year timeframe.

In a memo sent to legislators Tuesday, Scott announced his “The Five-Year Education Revitalization, Tax Stabilization and Investment Plan.”

“We all share a goal to provide our kids with the best education possible and have committed tremendous resources to K-12 education,” Scott said. “The challenge lies in consistently declining enrollment and an old and inefficient infrastructure, which is diverting investments away from kids and causing taxes to increase at unsustainable rates. Vermont has great schools and teachers and delivers quality education to our students. But we can do better, and this plan will help us achieve our goals.”

Scott spokesperson Rebecca Kelley on Tuesday stressed that the plan fully funds the school budgets local voters have approved for next year and “sets Vermont on a stable and predictable five-year trajectory allowing local school districts to take full advantage of the governance changes made under Act 46.” She also said the plan closes the fiscal year 2019 education fund gap and prevents future deficits.

While Scott’s plan is intricate, it is designed to address a number of critical issues highlighted in Tuesday’s news release:

Our K-12 infrastructure was built for more than 100,000 kids. Enrollment has declined to 76,000 in the last twenty years – a decline of about 27,000 students. We spend $1.8 billion to educate these 76,000 students. The U.S. Department of Education predicts Vermont student count will drop below 70,000 by 2026. Vermont’s school employee staff-to-student ratio has shrunk to 4.25 to 1 – the lowest in the nation. Slightly increasing this ratio would produce tens of millions in savings while keeping our ratio among the lowest in the nation. And this can be achieved through attrition (retirement and voluntary departures).

From 2006-2015 (years with most comparable and available education and healthcare spending data), spending per equalized pupil grew at a faster rate than growth in healthcare costs. According to the National Education Association, in the 2015-16 school year, Vermont’s per pupil expenditure was $23,557, over $2,000 more per pupil than New York who spent the second most. This compares to a national average of $11,787 per pupil. Looking at the ‘National Assessment of Educational Progress‘, Vermont students performed about 2 percentage points better than the national average. Yet Vermont’s per-pupil spending is double the national average

Reaction to Scott’s plan seems to fall mostly along party lines, with some educators expressing concerns about the plan.

James Callahan, former principal of the Mary Hogan Elementary School in Middlebury and a former member of the Middlebury School Board, said that he’s skeptical about the plan’s aim to  improve education quality.

“Vermonters want to see the quality of education improve, just as Gov. Scott said, but the plan is lame,” Callahan said. “He provides nothing substantial that will actually improve how kids learn. His plan is focused on saving the taxpayer and I understand all that.” 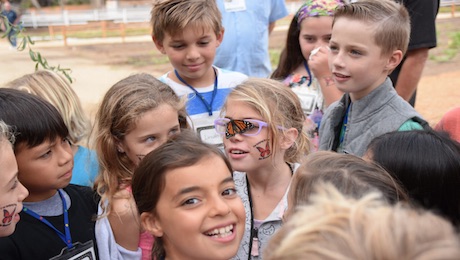 Gov. Scott’s five-year education plan: “We all share a goal to provide our kids with the best education possible and have committed tremendous resources to K-12 education.”

He added that he didn’t see “one blessed thing in this five-year plan that will improve education quality,” or make education more affordable.

“The governor said that ‘Vermont has great schools’ — no, it does not, Vermont does not have great schools,” Callahan said. “The Smarter Balance (test) indicator shows that 60 percent of our students can’t become proficient [in math]. How can 60 percent not get us there and then we hear we have quality education?”

Callahan stressed that while the quality issue is of greater concern to him, the affordability issue and how the state funds education is critical, too. He said the state should “make clear curriculum plans for each school that adhere to the desires of the state … locate resources to teach the plan, [and] use monitors to see that the teaching is really happening and that we’ve trained our teachers well in the subject and the plan.”

“[But] not in [a mish mash of] classroom programs that are being used, such as ‘Bridges in Mathematics,’ a Pre-K–5 curriculum, among others. Teachers are trained in following these program books, but they really aren’t trained in the math.”

In addressing the affordability issue, Callahan said schools have been hesitant in reducing staff. “As you keep increasing the number of people in education you can’t possibly reduce costs,” he said.

Darren Allen, spokesperson for the Vermont National Education Association — the union of educators and professionals who teach in the state’s public school system — said that his organization is looking at the governor’s five-year plan with skepticism.

He said he is focused on several aspects of the Scott plan that affect all union members.

“We figure about 2,000 unionized jobs would be eliminated under Gov. Scott’s plan,” Allen said. “The plan presents a lot of challenges and it’s not appropriate.”

He also said that the health care aspects of the governor’s plan are unacceptable to the union.

“On the issue of health care for Vermont NEA members, we’d like to see the creation of a statewide health care commission to design and administer health benefits for all of Vermont’s public school employees,” he said.

“With last year’s proposal by the Vermont School Boards Association and Gov. Scott to strip local school boards of their ability to negotiate directly with their local educators over health insurance, Vermont NEA has taken this step to give school employees a greater voice in their health care. … And unless strong reform measures are pursued and achieved by school employees and school boards to bring down the irrationally high costs of health care, Vermont’s public school employees will continue to see health care become less affordable.”

Despite the differences, Allen said that there is room for compromise between all parties involved in any plans for public education, including compromise on layoffs, health care and other issues.

“To be frank,” Allen added, “it’s easy to see why Gov. Scott wants to get rid of a 5-cent property tax increase. It’s an election year.”