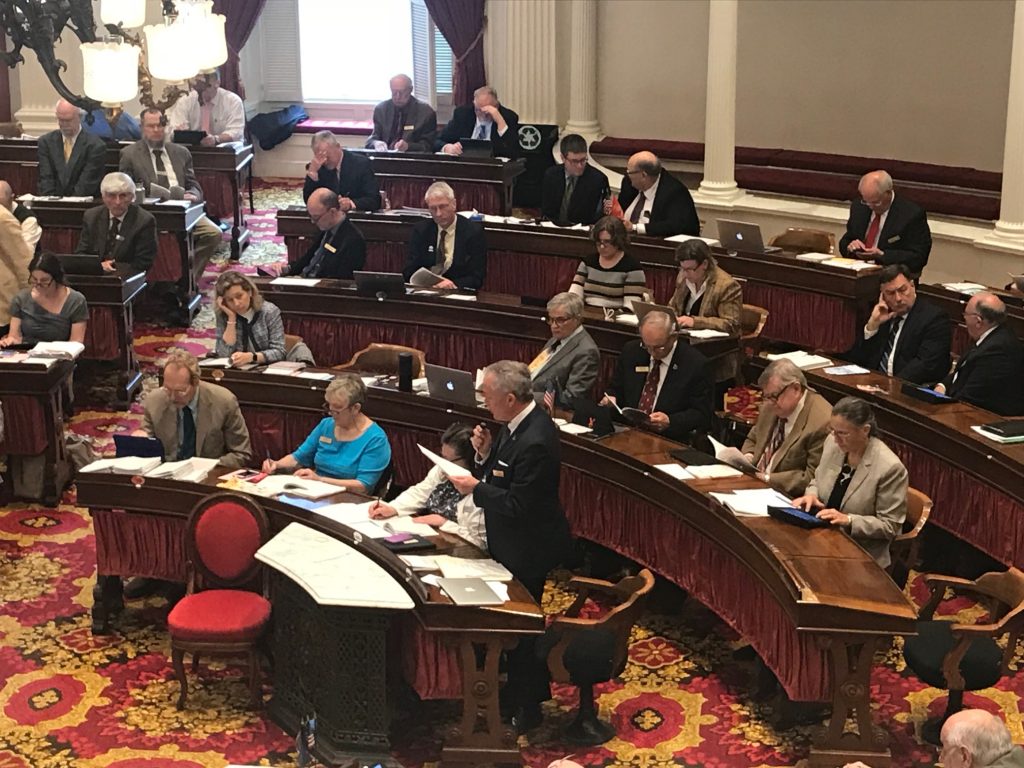 MONTPELIER, Vt. — The House has approved a bill to curb alleged “systemic racism,” which some lawmakers claim is rampant among offices of the Vermont state government.

After little debate, the House chamber on Tuesday voted 140-2 in favor of S. 281, “an act relating to the mitigation of systemic racism.” The measure would create a five-member advisory panel and require the appointment of an Executive Director of Racial Equity in the executive branch to recognize and remedy “racism” in government offices.

Legislators gave their final approval on Wednesday after the third reading, before dispatching it back to the Senate.

Prior to appearing on the House floor, the measure stipulated that the executive director was to have subpoena powers to gather documents and information. That controversial language has since been stripped.

“There are a number of racial disparities in Vermont’s state systems that are troubling,” he said on the House floor. “The Vermont African American state employees have a voluntary separation rate that is two times that of white employees. Even more disturbing is black employees are three times more likely to be terminated than white employees.”

He went through several more of such statistics implying that African Americans get unfair treatment while working among state agencies, relative to white counterparts.

When he was done, a trio of Republicans questioned whether the issue is as pervasive as Gannon made it out to be.

“I voted no,” Rep. Warren Van Wyck, R-Ferrisburgh, said on the floor after the vote. “In college, I learned there were ‘lies, damnable lies, and then there is statistics.’ I am not impressed with a number of these statistics.”

Van Wyck, along with Rep. Mike Hebert, R-Vernon, were the two no votes.

Other Republicans noted that important information seemed to be missing from the testimony that had been taken so far for the bill.

Rep. Bob Frenier, R-Chelsea, noted that both the Vermont State Employees Association and the Vermont National Education Association — two of the largest groups representing and tracking workplace issues in the state — were not heard from amid all the testimony.

“In the long list of people who testified on this bill, I note I do not see a member of the VSEA or the VNEA,” Frenier said. “Did you take testimony from any of those folks?”

Gannon said they did not testify, and that the focus of the bill was on state agencies and having them work on ending systemic racism.

Rep. Marianna Gamache, R-Swanton, said she was troubled by the lacking testimony.

“I voted yes, but I am disturbed that no testimony was given by either the VSEA or the VNEA as to the number of incidences of demonstrable racism experienced by their members,” she said.

“I am moved and proud of the statement that this body has made,” he said. “Today we have made history, and I thank you all sincerely.”

After the floor session, Gamache told True North that she was baffled by the lack of relevant testimony supporting the legislation.

“[These groups] potentially could have information that would demonstrate instances of racism leveled by workers who feel they’ve been fired unjustifiably, or whatever, that would be on file.”

“To define systemic racism by a group of statistics, you don’t know what the basis of those statistics are,” he said. “Were people really being treated unfairly or not? Is there a reason why various groups of people leave state employment at a higher rate than others?”

He added: “I’m not saying that people haven’t been treated unfairly, but you can not demonstrate that by just a large group of statistics.”

The bill is now headed back to the Senate because of changes made by the House.