J.T. Dodge is running against Democrat state Sen. Jane Kitchel to represent the state Senate Caledonia district. The Republican from Newbury says Kitchel’s views on energy and the economy are simply bad for Vermonters.

In an interview with True North, Dodge said he’s focused on economic issues to help get the state back on track.

“Well, on the economy, people are struggling financially,” he said. “When people walk out of a store with three bags of groceries and have spent hundreds of dollars, I think a lot of people who weren’t stressed about food in the past are now surprised that … it’s tougher to keep [their refrigerators] full because of the prices.” 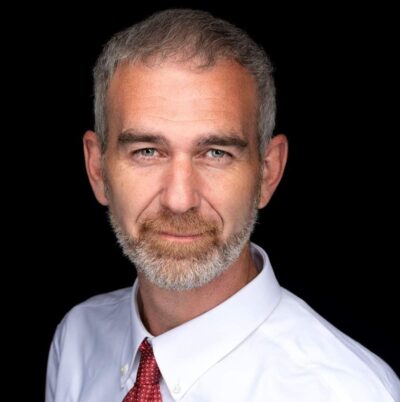 In recent years Dodge has made a name for himself as an outspoken opponent of the carbon tax — an added cost on carbon-producing energy that is applied to transportation, heating, and electricity production. Dodge has repeatedly discussed the economic impacts of a carbon tax on working-class families, and has criticized his opponent for supporting such policies.

“So there’s the clean heat standard bill that showed up, and it really has more to do with them limiting carbon dioxide. And what they [state lawmakers] are trying to do is like a sugar-sweetened beverage approach,” Dodge said. “They believe that if they raise the price of fuel to the point where Vermonters are not willing to pay for fuel anymore, they could choose other options, and those options could be chosen through Efficiency Vermont.”

Such options would likely include clean heat pumps, electric cars, solar panels and more — either subsidized or mandated by state policies.

Dodge argues that his opponent, Jane Kitchel, has endorsed such energy policies during her time in office.

The Clean Heat Standard sought to raise the price of carbon-based heating while incentivizing new technologies, such as electric heat pumps, which have a mixed record in colder climates such as in Vermont.

According to Vermont Conservation Voters, Kitchel received an 86% score for her voting record on pro-green energy legislation in Vermont. She voted yes for six pieces of legislation they endorsed.

On the issue of taxes, Dodge wrote on his campaign page that “families, low-wage workers, and elderly are struggling to afford their expenses. Meanwhile, the state embraces financial mandates and fees that the legislators state are there to help.”

Also on his campaign website, Dodge writes that he opposed many of the attacks on individual liberty that took place during the COVID-19 pandemic.

“I and many others have observed a substantial shift in Vermont government operations regarding how citizen speech has been dealt with since the implementation of COVID-19 measures in 2020,” he wrote. “This shift affected Vermont’s open platform of free expression and speech.”

He added, “Before the COVID-19 regulations and guidance, those of us who were involved routinely spoke in support of, and against, Vermont House and Senate legislative bills.”

Rising inflation is an issue that is driving voter decisions nationwide. Dodge said he sees inflation as linked to energy policy and money printing.

“And really the fuel keeps going up, and that’s going to force the price. And of course, if we wanted to look at it, they just printed a bunch of money at the Federal Reserve, so there’s that problem by diluting the currency,” he told TNR.

“The bottom line is they want to raise the price of residential heating fuel for the climate, not for the environment here or the rivers and streams. … So there’s like less than 700,000 of us [Vermont residents]. We can’t affect the climate, and they admit that,” he said.