Democrat and Republican candidates for lieutenant governor faced off in a debate last week in hopes of differentiating themselves in the race to replace Lt. Gov. Molly Gray, the state’s 83rd office holder.

Economy first for the GOP candidates

When asked by VTDigger’s debate moderators what’s the most pressing issue facing Vermonters, both GOP candidates said the economy. 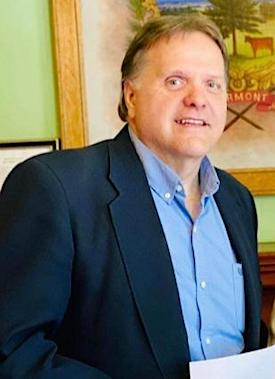 “The number one problem is still the same problem that we were facing when Phil Scott first got elected: There is an affordability crisis here today,” Benning said. “I don’t know about any of you, but coming down here from Lyndonville tonight cost me $96 in gas. That is going to be exacerbated many times over as we approach winter and people are trying to put fuel into our heating systems.”

“It’s affordability, it’s the cost of living,” he said. “… It’s not all about creating new taxes; it’s about finding ways to make things happen, to make things work, that will help the everyday Vermonter. And again, it’s not about big government, it’s about everyday people … government cannot be all things to all people, period.”

The four Democrat candidates, who took the stage earlier in the evening, were asked what their top priorities would be if elected.

“We’re seeing long-term rentals become Airbnbs and people can’t afford to live in our communities,” he said. “We do need to invest in housing but not just with the COVID money. That is fortunate that we have these extra hundreds of millions of dollars, but we have to find the long-term sustainable funding that is greater than we have been doing.” 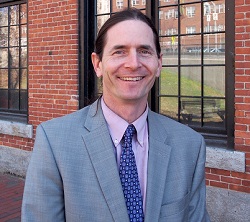 “Ultimately, our housing stock is also part of our climate crisis,” he said. “Thirty-four percent of our carbon emissions are from heating in our homes, not only due to what we heat our homes with, but also how poorly insulated [is] old housing stock that we have.”

Toll said the climate is the biggest priority for her. She expressed disappointment that there wasn’t a major overhaul of the state’s energy sector via the “clean heat standard,” which was vetoed by the governor.

“If it’s not the clean heat standard, another plan should be put on the table,” Toll said.

“We are facing an existential climate crisis, and for me, I think that we could build a green economy which ties back to another priority, which is I think we need to strengthen our rural communities,” she said.

She also mentioned the need to address workforce shortages, affordability, and modernizing Act 250 to address housing.

Kimbell focused on the housing crisis when asked what his priority would be.

“What I would do is make sure that we don’t lose focus, and that we look at building new, at renovating existing homes, and then also look at readapting commercial [properties].

The two GOP candidates disagreed on the matter of election integrity. When asked about the legitimacy of the last presidential election, Thayer and Benning gave opposing answers.

“I’m not sure that they are legitimate but they are what they are,” Thayer said of the results. “We have the Constitution and we need to adhere to that document.”

Thayer suggested that Vermonters should learn more about what happened in the election of 2020, and he recommended folks watch a documentary film that puts forth the theory that mail-in ballots were a primary culprit in numerous voter fraud allegations.

“I also believe that people ought to watch the movie “2000 Mules” — they’ll learn a lot, it’s an eye-opener,” he said. “I think it’s important to know everything, to see the whole spectrum.”

Benning said President Joe Biden was the legitimate winner of the 2020 election.

“I do believe that the election was legitimate,” Benning said. “I as a lawyer sat patiently waiting while allegations were raised. … The party has got to wake up and recognize, we have to move on from the 2020 election.”

Benning continued that “there was absolutely no evidence” of election fraud in the 2020 election, despite the belief by many voters of all parties that mail-in voting leads to cheating.

“It is unfortunate that my party is now finding itself in a situation where we carry the seed that has been planted — every election from now on is going to be challenged by the loser,” Benning said.

As recently as October 2020, Democrat Hillary Clinton said the 2016 presidential election, in which she lost to Donald Trump, was “not on the level.”

Democratic gubernatorial candidate Stacey Abrams, who lost a race against Georgia Gov. Brian Kemp in 2018, told CNN in December that “the game was rigged against the voters of Georgia.”