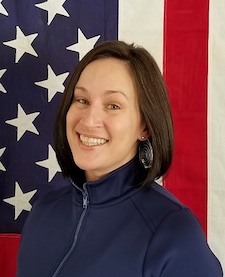 In yet another sign of the growing momentum of the Redic campaign to win the GOP nomination for the US House of Representatives, former Vermont Lt. Governor Brian Dubie, last night endorsed her candidacy. In a letter dated July 28th, dubie wrote:

“I am pleased to endorse Ericka Redic to represent Vermont in the United States Congress. Ericka is a great listener. She will listen to Vermonters and work hard to find common sense solutions in Congress. Ericka will scrutinize Federal spending, support US energy independence, and will support policies that will grow the economy. I trust Ericka will always do the right thing for her constituents. I fully endorse Ericka Redic for Congress to represent Vermont.”

Given his long and successful career in Vermont politics, Dubie’s endorsement carries considerable weight. He served as Vermont’s Lt. Governor from 2003 – 20011, is a graduate of the US Air Force Academy and a retired Colonel of the United States Air Force Reserve. Dubie’s endorsement amplifies the likelihood that Redic, who is already projected to win the GOP primary election on August 9th, is a serious contender for Vermont’s only seat in the US House of Representatives.

Learn more about Ericka Redick’s campaign for Congress and her platforms by visiting RedicForCongress.com and her social media at Generally Irritable on Facebook, YouTube, and Instagram — You’ll find a WEALTH of information on her positions and how you can get involved!