While Vermont has less of a problem with racism at school than many states, it is still a problem. Recently, some Vermont “experts” have begun trying to discover ways to minimize racially based conflict at school. That sounds good, but to embrace a comprehensive perspective, we cannot afford to only invest in top-down solutions. We should put parents and children in the driver’s seat of their education and allow them to find the schools that they judge to be most amenable to each specific child’s education. School choice can be used to fight racism in Vermont schools.

Gov. Phil Scott signed a bill in 2019 with the stated goal of more “ethnic and social equity in schools.” A few months later, a 20-member Ethnic and Social Equity Standards Advisory Working Group was formed “to develop educational standards and changes in state law aimed at creating a bias-free environment in schools, and instructional materials aimed at educating students about issues related to bias and inequality.” 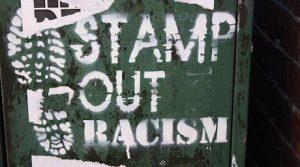 If Vermont’s leaders are serious about fixing racial biases, they ought to preserve the means by which minority (or any) parents can choose for themselves which school to attend.

I was in the Vermont education system from 2006-12 from sixth to 12th grade. It seemed to me that my teachers did a good job of facilitating discussions around racial differences in a way that challenged white students to consider ways they could challenge their preconceived notions of race. But then, I was not a minority student.

Last December, a mother in her thirties (who shall remain nameless to protect the identity of her child) had a first-grade boy who was attending Cabot School. She wrote this troubling Facebook post: “It started with a sledding incident, i.e. normal playground politics, where a classmate was continually cutting in line. The responsible adult who should have been there to mediate lost control of the situation and my son pushed the other child down. He then had in-house suspension, cutting his recess short. Then he missed his computer lab time (which he adores). They left him in a room, with a blank piece of paper.”

She continues: “My son at this point is very sad/upset at this consequence. While sitting there he drew, as he usually does, a graphic scene with a chain saw and Zombies. He’s a 6-year old boy. The principal called us and deemed the drawing a “violent depiction” and treated it as a threat to the entire school. She suspended our little boy for the maximum amount they can, without calling a meeting first.”

The mother said she “believes if he was white, a 10-day suspension would not even been remotely considered.”

When I was a 6-year-old boy, I didn’t draw zombies. I drew Vikings, gun-toting villains and satanic images. I even threatened to spray Windex in a kid’s eyes when I was 7 years old. Perhaps if I had been a 6-year-old minority at Cabot School, I would have been labeled a violent delinquent who made a threat with a “gun.” Instead, I had to spend 30 minutes in a time out for the Windex incident.

How did I turn out? That initial burst of exuberant childhood creative freedom was directed into more socially acceptable means of expression later on.

Boys of all races have always done things like this. And unfortunately, it appears that minorities are more likely to be punished. As a society, we are teaching everyone “if you see something, say something.” This applies to unaccompanied luggage that has already been scanned at the airport, any unsolicited phrase that could be construed as sexual, or even violent zombie drawings. Unfair as it is, minorities will still tend to get called out for such trivial offenses.

If we assume that minorities will be punished when someone “sees something” they see as threatening and “says something” in a state that is 90% white, what is more reassuring: to hear that some really smart people are going to spend years studying an issue, or to hear that minority parents will be able to determine for themselves whether they ought to put their child in a new school, so as to receive less racially biased treatment?

I am talking about school choice. If Vermont’s leaders are serious about fixing racial biases, they ought to preserve the means by which minority (or any) parents can choose for themselves. Act 46 will make that increasingly difficult, but there are still ways it can be done if we realize how important protecting choice is.

Perhaps we could study the data behind the number of students leaving certain school for others in Vermont. If there appears to be a large number of minority students leaving one school through school choice, perhaps that is an indication of some underlying racial concerns.

No government can completely control the millions of interactions that go on across Vermont public schools throughout the day. The best learning and social interactions take place spontaneously. If we try to restrict those spontaneous interactions for fear that they will lead to something uncomfortable 0.1% of the time, we will severely stunt our children’s growth.

That’s why the best backstop for uncomfortable situations is school choice. We don’t have to put all our eggs in one basket with some “new and improved” curriculum. We can diversify into various school choice initiatives aimed at empowering children, and give them the tools they need to build themselves, and our communities, a better future.