The European Union released a proposal that would define liquified natural gas (LNG) and nuclear energy as “green” energy, opening both up for greater investment across the region.

Both natural gas, which is a fossil fuel, and nuclear energy should be classified differently since they will be key to the EU’s transition to climate neutrality over the coming decades, the European Commission announced on Wednesday. Under the proposal, the energy sources would be added to the EU taxonomy, a classification system that guides private investment into environmentally sustainable economic activities. 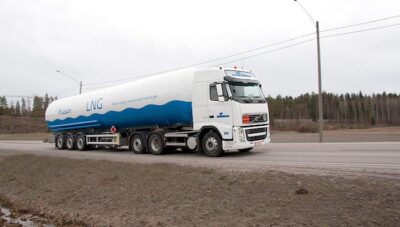 France — which is largely dependent on nuclear plants that power most of its grid — lobbied the commission to include nuclear in the taxonomy, while Germany pushed for LNG’s inclusion.

“Today we are setting out how gas and nuclear could make a contribution in the difficult transition to climate neutrality,” EU Financial Services Commissioner Mairead McGuinness said during a press briefing. “We are putting in place strict conditions for their inclusion in the taxonomy.”

“Investors will be able to see whether a potential investment includes nuclear or gas activities, and they will remain free to choose if they want to invest in nuclear or gas — or not,” McGuinness said.

The plan would implement strict measures for future investment into nuclear and LNG, according to the announcement. For gas, the investment must contribute to the transition from coal power to renewable energy, and for nuclear projects, investments must fulfill environmental safety requirements.

The EU stressed that both would be important as “transitional activities” leading to clean energy sources such as wind and solar.

Europe, meanwhile, has recently experienced a significant energy crisis as low wind power has increased natural gas demand, sending energy prices higher. But European countries have largely committed to aggressive climate plans and the EU has released its own “Green New Deal” that calls for curbing emissions 55% by 2030.

Ahead of the announcement Wednesday, France — which is largely dependent on nuclear plants that power most of its grid — lobbied the commission to include nuclear in the taxonomy, while Germany pushed for LNG’s inclusion, the Associated Press reported. Still, the German government joined a choir of voices criticizing the proposal for its inclusion of nuclear.

“Today’s decision by the European Commission is unacceptable,” German Minister for the Environment Steffi Lemke said in response to the EU’s draft proposal, according to the AP. “Like many other EU member states, Germany is clearly and unequivocally against the inclusion of nuclear power in the taxonomy.”

“Nuclear power is anything but sustainable, it is risky, too expensive, and the construction and planning processes are too lengthy to contribute to climate neutrality by 2050,” Lemke said.

Germany shuttered three of its remaining six nuclear plants and vowed to close all remaining plants by the end of 2022 in December 2021.

France, though, has achieved the lowest carbon emissions relative to gross domestic product compared to all G20 nations over the last decade due to its high reliance on nuclear energy, according to World Bank data.

“Among all the advanced economies, France has the lowest carbon emissions, thanks to the nuclear power industry,” International Energy Agency Executive Director Fatih Birol told the Financial Times in July 2021.

In addition, carbon emissions have declined in the U.S. as the nation has relied more on natural gas and less on carbon-intensive coal. Natural gas produces far fewer carbon emissions when burned than oil or coal, according to the American Geosciences Institute.