This commentary is by Eric Davis, president of Gun Owners of Vermont. It is a speech he delivered Nov. 6 at the Vermont Libertarian Party State Convention.

Good afternoon, ladies, and gentlemen, and thank you for having me today. My name is Eric Davis, and I am the President of Gun Owners of Vermont, an all-volunteer, nonprofit group dedicated to the preservation of the right to keep and bear arms. 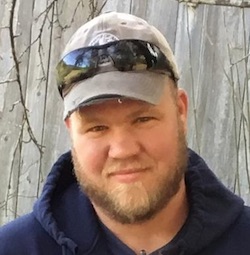 GoVT is a nonpartisan organization, but I’d like to share with you a little about my personal political journey which began years ago, growing up in a conservative household. My politics naturally stayed red through most of my 20s, but it wasn’t until 2012 or so that I became an active participant in those politics and began to assert a conscious effort to change things. I had always been an avid firearms enthusiast and it was in the hysteria directly following the Newtown shooting that I began my migration toward libertarianism, through the portal of realization that those Second Amendment rights I had taken for granted for so many years were in serious trouble.

Like anyone with a serious interest in politics, I began reading everything I could get my hands on as it related to gun rights in an attempt to brush up on my debate prowess. Starting with the obvious internet sites dedicated to such things, I consumed all the material I could find, which mostly consisted of conservative writers, paid by the NRA, and pushing the same old partisan narratives. But as I dug deeper, I started uncovering some interesting stuff.

Imagine my surprise when searching for canned arguments as to why I should keep my AR-15 that I learned it was common practice for WWI veterans, upon returning home, to keep all sorts of small arms they had acquired during the war, including machine guns and even hand grenades issued to them by the Army or captured from the enemy after their victory. They brought them home in duffel bags as souvenirs and war trophies, yet nobody seemed to mind. The consensus seemed to be that they had earned it.

I found that less than 100 years ago, you could walk into most any local hardware store and buy a fully automatic Thompson sub-machine gun off the shelf as easily as if it were a jar of pickles, no special forms required and without so much as a second glance from the shopkeeper. Even as recently as 1968, one could still have their choice of a German or Swiss-made 20mm anti-tank cannon delivered through the mail, right to their doorstep. Despite there being hundreds of thousands of these weapons stashed in the closets of normal people around the country, these folks went calmly about their daily lives, raising their families in peace. And, despite the fact that actual military grade hardware was commonly available to anyone of any age, who could produce enough American currency, over the counter and without requiring any proof of identification, there were conspicuously few instances of children murdering people in large groups with machine guns, and by conspicuously few, I mean, zero.

And imagine my surprise to learn that despite all these things, these rights had been slowly bartered away over the years by my beloved Republicans, and with the blessing of the National Rifle Association whom, according to my television, was now somehow responsible for the horrific murder of twenty children. Needless to say, I was left questioning things.

It wasn’t until a little later when I started reading the fantastic works of Stephen Halbrook, Vin Suprynowicz, John Ross, and other libertarian authors, that I finally started to see the forest for the trees. It was these authors who brought perspective to my politics and made me realize that the right to keep and bear arms was much more than a utilitarian discussion, in fact, the argument over whether controlling guns would have an effect on things like crime and shootings is largely irrelevant. The right of the individual to one’s life — the right to one’s dignity, to one’s self-respect, and to one’s accomplishments — is what is at stake, and it is the fundamental cornerstone of libertarian principle. Any sort of right to life, liberty and the pursuit of happiness must also naturally imply the right to defend these things from violence and harm. A corollary of that right is that one must have access to the necessary tools with which to do so.

Libertarians know that the right to keep and bear arms is an integral part of a society built on the principle that government derives its power from the consent of the governed. Consent is neither real nor meaningful unless it comes from the power to both say “no” and if necessary, to violently enforce that “no.” They know that a right to self-defense which requires pre-approval by government is no right at all, and they know that a right to protect one’s life, liberty, and property, without the right to own the tools necessary to do so, is a cruel joke similar to having a “right” to speak freely, but only on approved subjects to approved audiences.

Libertarians understand that life is worth protecting and that the responsibility of that protection lies first and foremost with the individual. They also understand the greatest threat to life and liberty comes not from private criminal activity, but from the abuse of State power, and that the private ownership of military grade firearms is imperative for the people to reserve final judgement on whether the state has become oppressive. The ability to respond swiftly with physical force and more than just words is a necessary and effective hedge against the horrors of unchecked government.

And finally, libertarians understand that a society which discourages the carrying of weapons by good people cannot call itself a civilized one. They know that a government which protects its law-abiding citizens by restricting their means of self-defense is an accomplice to murderers, rapists, and thieves; their barbarity and woeful incompetence marked by an unspoken belief that the violence conducted by criminals is somehow preferable to armed, free-thinking individuals who are willing to act accordingly when confronted with aggression.

In closing, I would like to thank my fellow libertarians and the Libertarian party for having the courage to stand on their convictions – especially when it is politically unpopular to do so
I would like to finish with a quote by Jeff Snyder, whose work on the ethics of gun control I have borrowed heavily from while composing this speech:

If people will renounce and cede to their government the very responsibility of protecting their own lives, and by extension, the lives of their loved ones, and the right to own and use the means necessary to fulfill that obligation, then there is nothing, nothing, they will not cede to government.

Please continue to uphold and protect the right to keep and bear arms at all costs. Thank you.

5 thoughts on “Eric Davis: Preserving the right of self-defense”