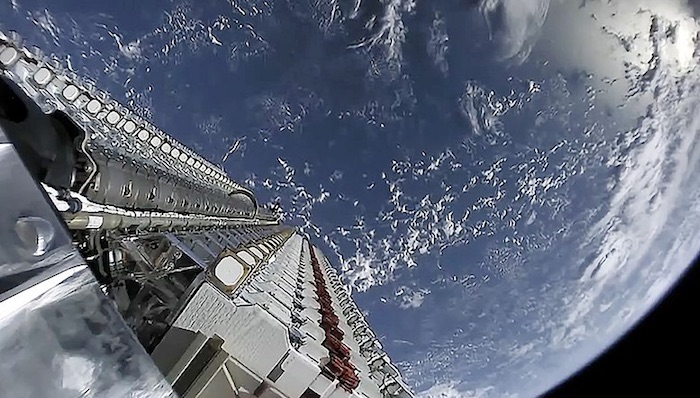 THE FUTURE OF INTERNET CONNECTIVITY?: Vermonters may need futuristic technology solutions like Starlink to get everyone online.

As Vermont prepares to invest hundreds of millions in expanded broadband internet throughout the state, a low-orbit satellite technology pioneered by the Elon Musk-led company SpaceX could turn out a more taxpayer-friendly option with comparable performance.

The service, pioneered by Elon Musk’s futuristic SpaceX, is still in its implementation phase. New satellites are being put into orbit 60 at a time with each SpaceX rocket launch, and the network is expected to reach full implementation of its initial phase within several weeks. The company aims to offer wireless connectivity coverage for the entire planet by 2025.

Vermont is ramping up its investment into community broadband deployment as lawmakers seek to pass H.360, a $150 million broadband bill that would fund “communications union districts,” (CUDs) in which towns partner to develop coordinated, regional solutions for broadband connectivity. Vermont currently has nine such CUDs working with 80% of Vermont towns.

Mark Snelling, the son of the late Richard Snelling, who served as Vermont’s governor from 1977 to 1985 and again briefly in 1991, says he has been a Starlink user since February. He told True North it’s a quickly developing service that could be ideal for rural settings.

“Fiber, if available, is the best option, but … my key takeaway for you is that every situation is different, and there are some situations where fiber is never going to show up,” he said.

Snelling noted that one fiber company brought a broadband line almost within reach of his home, but “they wanted $10,000 to go the extra half a mile.”

Snelling said existing satellites take roughly four times as long to send a message up to the satellite and back compared to the Starlink network — this is what the term “low-latency” refers to, and what gives Starlink its advantage.

Crispe said there is some opposition to Starlink. Some Vermonters, he said, distrust billionaire Musk because he is among the super-wealthy. Also, some say sticking with conventional broadband means supporting local business. But Crispe isn’t so sure.

“Those providers are likely to all go out of business,” he said. “… [Musk’s] network will beat them.”

Snelling shared that linking almost every rural Vermont home is going to be difficult using the current technology and funding.

Snelling said compared to the DSL (telephone line) system he used before, Starlink is giving him about four times the download speed and 25 times the upload speed. He said Starlink has occasional glitches from when satellites might not be aligned properly, but that the system is working well and improving.

“I’ve been up for probably 10 weeks and the Starlink service is much better today than it was the day I plugged it in,” he said. “Over the last 24 hours, I had about 25 seconds that it was not functional.”

The state of Vermont has determined that Snelling’s road is going to get fiber access, which Snelling learned by receiving a door-hanger notice. At that point he will have multiple options to consider.

Technology review website Tomsguide.com posted a performance review of Starlink, and gave it an positive review for reaching rural customers.

“Even in its current beta form, Elon Musk’s Starlink largely delivers on its promise of bringing high-speed internet access to those living in rural areas,” it states. ” … Elon Musk’s rather audacious proposal to put thousands of satellites in the air to reach remote customers is already paying off according to our tests of the still-in-beta Starlink service.”