Washington Electric Co-op has announced that electric rates will rise this year at 3.72 percent if the Public Utility Commission approves its request.

Like other Vermont utility rate hikes in recent years, the main culprits include grid upgrades, curtailment of large energy projects and the spread of net metering projects. The prior rate increase for Washington Electric was requested a year and a half ago.

General Manager Patty Richards told True North that they take the increases very seriously and in recent years have typically remained within 2 percent per year, within the rate of inflation. 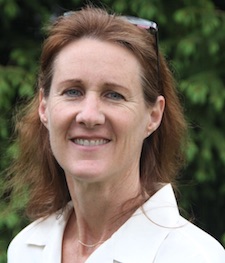 One of the big reasons for the rate increase is transmission expenses, Richard said. Vermont Electric Power Company, ISO New England and Green Mountain Power have been performing infrastructure upgrades, and those costs are ultimately spread across the state.

“So if you think of all the big lines that move power across the state … the combination of those three systems are the biggest driver of our rate increase,” she said. “There’s cost pressure within those organizations and those costs get transferred on to us.”

Two power sources which have been curtailed during certain periods of high production are a methane-energy plant at the landfill in Coventry and the Sheffield Wind turbine project. Richards cites these curtailments — which occur when more energy is being produced than is demanded or able to fit on the grid — as another negative impact on rates.

She also said that an increase in pressure from net metering projects is driving up rates. Net metering is when a business or homeowner purchases and installs an energy project — often solar panels on a roof — and the excess energy is sold back to the utility.

The challenge with net metering is that utilities are forced to buy the power for a high price.

“Roughly 400 of our members are net metering right now and we have to pay for generation created by those net metering systems,” Richards said. “We pay roughly 19 cents a kilowatt-hour currently. And they offset revenue at roughly 20 cents per kilowatt-hour.”

According to estimates by Vermont Electric’s manager of member relations, Andrea Cohen, typical non-net metering renewable energy usually costs around 11-to-12 cents per kilowatt-hour. And typical market rate energy, which is a culmination of all available forms of energy, varies depending on the time of year and time of day. But it fluctuates in the 5-to-7 cents range.

“If you are committed as a state to buying renewable energy, it’s important to ask how are we going to do it in the least expensive way,” Cohen said. 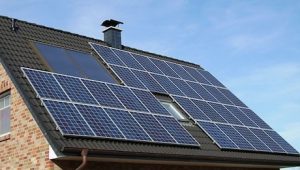 With net metering projects, Vermont utilities currently lose about 10 cents per kilowatt-hour on every kilowatt-hour.

Richards said the utility does have some reduced charges from the grid operators, but overall they lose roughly 10 cents a kilowatt-hour on every kilowatt-hour from a net metering system. She emphasized that Washington Electric still supports solar and the net metering program, just not at its current costs.

“It’s just the rates that are paid that are out of line,” she said. “What’s it’s causing is rate pressure and increased expense to the utilities. And we can’t offset that, so it translates into a rate increase.”

Ben Luce, associate professor of natural sciences for Lyndon State College, is a green energy advocate, but he cautions that it must be implemented with thoughtful policy. On the net metering pressures on ratepayers, he said there are a number of factors at play.

“The utility is not taking in as much money for revenue because of the net metering arrangement, and yet they still have to provide those houses with backup power for night time and cloudy days, and any costs associated with doing that has to be borne by the rest of the rate base,” he said.

He said regular industrial-scale solar also takes its toll on the ratepayers.

“It’s my strong opinion that ridgeline wind power was not appropriate for Vermont for environmental, social and economic reasons. And that has tied up a lot of the free capacity on the grid and has incurred some significant costs to ratepayers.”

Luce said a key technology development which could result in lower energy costs — especially from intermittent renewable generation — is battery technology. He said as batteries come down in price they could become less expensive than convention grid upgrades, and rather than curtail solar or wind power and waste that potential energy, it could be stored for times of greater need.

“I’ve been arguing for over a decade to anyone who would listen that we need to be looking very carefully at the storage end of things,” he said. “Because if the Utility Commission is going to justify having ratepayers pay for renewables, then we need to be looking at maximizing the economic benefits of that.”

4 thoughts on “Electric rates going up again, and grid constraints and green energy are culprits”