Editor’s note: This commentary originally published at the Caledonian Record.

By approving the wholesale reimportation of U.S. prescription drugs from Canada, the Vermont Legislature passed an illegal measure that will not lower drug prices. Instead, it will subject Vermonters to public health risks and new taxes to defray an inevitable federal lawsuit.

If implemented, the legislation will undermine U.S. drug sales and thus induce U.S. drugmakers to (1) limit exports, leaving Canadian doctors with reduced drug stocks that they will prioritize selling to their patients instead of Americans looking for a bargain; and (2) raise U.S. drug prices to generate revenue for medical research, development, and innovation. 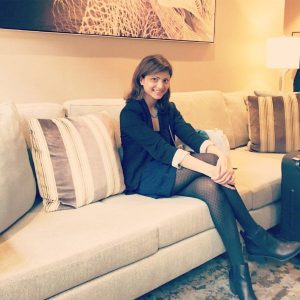 The legislation offers no meaningful blueprint to solve underlying obstacles. Neither does it address pharmaceutical regulatory burdens and middlemen that keep drug prices artificially high nor does it encourage private sector pricing negotiation and competition with cheaper, generic drugs to decrease prices.

For the brainchild of Sen. Tim Ashe (D/P-Chittenden), a public policy graduate from the Harvard Kennedy School, this gimmick betrays a curious ignorance of market economics.

Contrary to reports by the AP and others (Health Leaders Media, National Academy for State Health Policy), Vermont did not pioneer bulk drug reimports from Canada this month. Here, it must cede its prized first place in experimental legislation to Illinois whose then Governor Rod Blagojevich (D) launched the first drug reimportation program, “I-SaveRx,” in 2004.

In fact, Vermont promptly joined that program connecting U.S. residents in four participating states to a middleman pharmacy benefit manager in Canada (CanaRx), which operated a clearinghouse of several pharmacies and drug wholesalers in Canada, the United Kingdom, and Ireland.

In 2006, Illinois Auditor General reported that multiple pharmacies participating in I-SaveRx had been operating illegally, and no efforts to ensure drug safety had been taken. FDA Commissioner Scott Gottlieb, and his four recent predecessors, flagged the absence of FDA review processes and safety regulations for reimported drugs from Canada as a recipe for an American public health disaster.

RxConnect, a similar program in Minnesota, mirrored I-SaveRx’s troubles with medical fraud, millions in wasted taxpayer dollars, federal seizures of shipments, and low participation while failing to reduce drug prices. Undeterred by multiple ill-fated precedents, Vermont lawmakers consented to playing the equivalent of a whack-a-mole game that they cannot win – but in which Vermont patients and taxpayers lose.

Meg Hansen is the Executive Director of VHFC, a Montpelier-based nonprofit committed to free-market reforms in American health care.