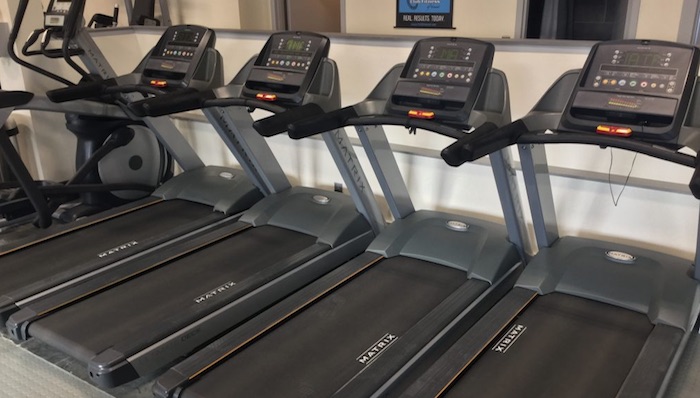 FITNESS VS. SHUTDOWN: Club Fitness owner Sean Manovill has been caught in a legal struggle against COVID-related restrictions on his business since May.

In May, the gym’s owner resisted COVID-related orders and opened doors to customers. But Donovan sued the business and sought a temporary restraining order to force the gym to comply.

The state withdrew its case against the gym in late May, but now, according to statements by Assistant Attorney General Eleanor Spottswood, the state may yet seek penalties regarding the gym’s initial violations.

The ruling from the Vermont Superior Court, Civil Division in Rutland stated that the gym operators “appear not to recognize the reality of COVID-19, the state of emergencies that have been announced throughout the country, and the attempts by courts at all levels to address situations similar to the present case.”

The court also noted that Scott’s orders, which have cost the state at least 80,000 jobs and hundreds of millions in lost state revenue, amount to “a public program adjusting the benefits and burdens of economic life to promote the common good.”

The judge ruled that the forced closing of the gym did not amount to a taking.

“The court said [it is] not really [a taking] because my client could have done fitness classes online, which in my view was really a stretch,” Bucknam said.

Back in May, Bucknam said the governor’s orders weren’t justified.

“I tried to show that it went beyond his authority in the statute, and also that it was unconstitutional since a governor cannot just declare an emergency and decide what that emergency is and how long that emergency is going to last without some kind of limitations either by the court or by the legislature,” she told True North.

Over the past two months, Vermont has one COVID-related hospitalization and no deaths. Of the 58 COVID deaths that have occurred this year, only five involved individuals under age 60. Data from the Centers for Disease Control states that, nationwide, 94 percent of COVID-19 deaths involved more than two and a half comorbidities, meaning the victims had other health conditions such as heart disease, diabetes and COPD.

Nevertheless, Vermont continues to impose harsh restrictions on business, such as limiting restaurants to 50% capacity. Last Friday, Florida’s Republican Gov. Ron DeSantis ordered that all bars and restaurants in the Sunshine State open at 100% capacity.

In response to the judge’s latest ruling, Manovill told WCAX that he will keep up the fight.

“I just think that at some points, as adults, we need to make our own decisions about our lives. Adults can make a decision to go into a store or not go into a store. People have that right to wear a mask or not wear a mask,” he said, adding that he and his lawyer would discuss the next move.

Donovan expressed his satisfaction with the decision.

“This decision is a win for Vermonters and Vermont businesses who have done the right thing and complied with the Governor’s orders,” he said. “The Court’s ruling confirms what Vermonters know and have done: We all have to do our part because we are all in this together.”