Live ballots for the Vermont general election are in the mail and on their way to every active voter on the statewide checklist. Since coming up with this vote-by-mail scheme in response to Covid-19, Secretary of State Jim Condos has argued that it will work because other states have been operating vote-by-mail programs for years without any major problems.

True. But the reason these states’ programs work is because they put in place a number of safeguards that are entirely absent Condos’ plan.

Scott Gessler, who served as Secretary of State in Colorado when that state transitioned to a vote-by-mail system, recently submitted a 10-page analysis of Condos’ plan for Vermont and found it lacking any meaningful safety and security measures necessary to ensure that election results are valid and free from significant fraud and error. His concluding paragraph reads:

Vermont is not ready for an all-mail ballot system. It does not have signature verification to ensure election integrity, nor does it have cure procedures that would prevent inadvertent disenfranchisement resulting from voter mistakes. And Vermont does not have accurate mailing addresses for many voters. Because of these problems, the state should not implement an all-mail voting system for the 2020 general election.

Colorado’s system works, for example, because they have implemented several anti-fraud measures to ensure people can’t collect and cast multiple ballots in other voters’ names. The primary security measure here is signature verification. All voters must have a signature on file with election officials, and that signature must match the one on the returned ballot’s envelope, otherwise the vote is not counted. Vermont doesn’t have this or any other comparable means to ensure ballots are actually being cast by the voters to whom the votes are being attributed. 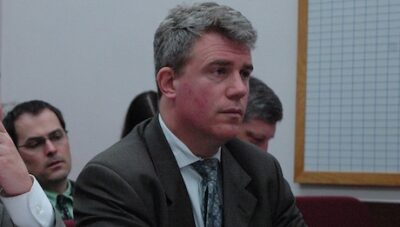 But, because signature verification is not a foolproof system, and mail-in voting is more likely than in-person voting to result in careless mistakes or confusion leading to spoiled ballots, Colorado requires that election officials notify a voter if there is an issue with their ballot and give them an opportunity to correct the error. Vermont does not have this or any other “cure procedure” either. As such, in the recent August primary election over 6,000 Vermonters (more than 3% of total votes cast) were disenfranchised without their knowledge because of easily correctable mistakes.

A major concern with mail-in voting is “ballot harvesting,” a controversial practice in which activist organizations or political operatives systematically collect ballots from voters and turn them in on their behalf. This can and has lead to illegal activity, such as the destruction of ballots, the fraudulent filling out of ballots, and voter intimidation (see the North Carolina 9th District 2018 Congressional race). Colorado protects against ballot harvesting by making it illegal for any person to collect and remit more than 10 ballots. Vermont doesn’t have this simple safety measure, and, in fact, a legislative majority actually voted against implementing a number of reasonable ballot harvesting protections.

Gessler notes that in order for a vote-by-mail system to work it requires extremely accurate databases of where people live (and, by default, where they do not live having died or moved away). Again, Vermont does not have this. On the contrary, our voter checklists are notoriously bad and filled with outdated information that is difficult to expunge.

The final catch-all argument Condos makes in defense of his zero-safeguard system is that fraud and error on a significant scale is a myth. There is no need for safety provisions because there is no evidence anybody breaks the rules. Gessler puts the lie to this as well:

Because Vermont does not conduct signature verification, nothing prevents a person from illegally voting a ballot that has been delivered to an incorrect address or delivered to an address where the voter no longer lives. … Unfortunately, it is often impossible to prosecute people who have illegally filled out the voter affidavit, because the affidavit is unlikely to contain any clues as to the perpetrator.

The reason there is no evidence of voter fraud and therefore perpetrators are rarely prosecuted is because the crime, especially under Condos’ un-watchful eye, produces no evidence, and certainly none that could be used to trace and identify a criminal for prosecution. All we have is a system of see no evil, hear no evil, speak no evil.

The truth is we have no idea how extensive vote fraud by absentee ballot is in Vermont because there are no reliable mechanisms in place at all for detecting it when and if it occurs. This was bad enough before Covid-19, but as we flood the state with hundreds of thousands of unclaimed and unwanted ballots ripe for mischief, this is negligence on an especially grand scale.