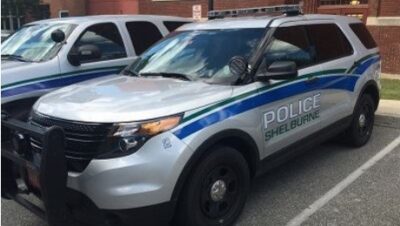 Supporters of S.254 — including the ACLU, racial justice groups, and sponsors including Sens. Becca Balint and Kesha Ram-Hinsdale — say police unfairly target minorities and others and that their ‘victims’ should be allowed to file civil rights suits.

Supporters of S.254 — including the ACLU, racial justice groups, and sponsors including Sens. Becca Balint and Kesha Ram-Hinsdale — say police unfairly target minorities and others and that their ‘victims’ should be allowed to file civil rights suits.

At present state law gives ‘qualified immunity’ against lawsuits to all state and local employees — including legislators and other elected officials. Schirling opposes both the bill as introduced and an attempted ‘compromise’ draft introduced this week.

The following objections to S.254 are excerpted from Schirling’s testimony, which also includes alternatives to denying qualified immunity:

DPS opposes any legislation that singles out law enforcement officers to strip them of the same legal protections afforded other public officials.

1. Vermonters have not been denied just compensation for harm caused by law enforcement officers because of the doctrine of qualified immunity. Vermont state government and local towns paid out more than a quarter of million dollars between 2004 and 2014 for alleged Taser misuse. The City of Burlington paid the Estate of Wayne Brunette $270,000 in 2019, and the Estate of Douglas Kilburn $45,000 in 2021; the town of Hartford paid $500,000 to Wayne Burwell for alleged unreasonable force in 2017.

Since 2016, Vermont League of Cities and Towns – which operates a municipal property and casualty fund that insures most of Vermont’s municipalities and their law enforcement organizations – has paid out more than $1.7 million in law enforcement-related damages and settlements.

3. The defense of qualified immunity does not disproportionately impact Vermonters by race. The doctrine of qualified immunity was not a bar to the recovery of damages to Wayne Burwell ($500,000) or Obediah Jacobs ($50,000) or Gregory Zullo ($50,000). And just last month, district court Judge William Sessions ruled that a pair of civil rights lawsuits brought by Jérémie Meli and Mabior Jok against Burlington police officers can proceed to trial.

4. The Vermont General Assembly just passed a sweeping use of force law that should be given a chance to work. In October 2021, Vermont’s new, use of force law went into effect. In addition, every Vermont law enforcement agency has adopted a new, statewide use of force policy. Those reforms should be given an opportunity to show results before giving up on real reform and accountability that will benefit all Vermonters.

5. Singling out law enforcement officers for disparate treatment will further exacerbate the current crisis in public safety. Many law enforcement agencies are at their lowest staffing levels in history. Some agencies are on the precipice of closure. The State Police has seen three times more departures than hires in 2021 – an unsustainable attrition rate.

S.254 will make it more difficult to attract and retain police officers, which will ultimately compromise public safety. S.254 demonizes all law enforcement officers. The proposed bill feeds into and fuels anti-police sentiment that has taken root nationally in our country.

By targeting law enforcement officers, the bill sends the message that law enforcement officers and the work they do are somehow less important and less deserving of protection than other government officials or other government work. This is a demeaning and demoralizing message that will likely drive out of the profession altogether those who are in the profession nobly to serve their communities.

6. S.254 is fiscally irresponsible. This bill will cause money that could be spent on improved training and robust innovation to be invested instead in insurance premiums, attorney’s fees, and litigation costs with taxpayers footing the bill.