Two more economic markers this week raised concerns about the state of the U.S. economy, even as gas prices rise, inflation soars, and the invasion of Ukraine further threatens the supply chain. 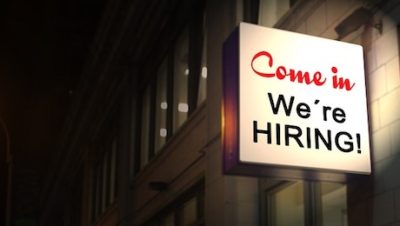 The Bureau of Labor Statistics released new data Wednesday showing that there were 11.3 million open jobs for the month of January, another new record high.

The National Federation of Independent Businesses released a report Wednesday showing that small businesses have become increasingly concerned about their future.

“In February, the NFIB Optimism Index decreased by 1.4 points to 95.7, the second consecutive month below the 48-year average of 98,” the group said. “Twenty-six percent of owners reported that inflation was their single most important problem in operating their business, a four-point increase since December and the highest reading since the third quarter of 1981.”

Inflation remains chief among those concerns after the Consumer Price Index has shown for months the most significant price increases in about 40 years.

Meanwhile, the Bureau of Labor Statistics released new data Wednesday showing that there were 11.3 million open jobs for the month of January, another new record high. That figure is more than the number of unemployed Americans, showing that many businesses are having trouble finding and keeping workers.

NFIB’s report found this has become a major issue for small businesses.

“Forty-eight percent of owners reported job openings that could not be filled, an increase of one point from January,” the report said. “Ninety-three percent of owners hiring or trying to hire reported few or no qualified applicants for their open positions.”

A minority of small business owners expect better business conditions in the next six months.

“Price raising activity over the past 12 months has continued to escalate, reaching levels not seen since the early 1980s when prices were rising at double-digit rates,” the report said.