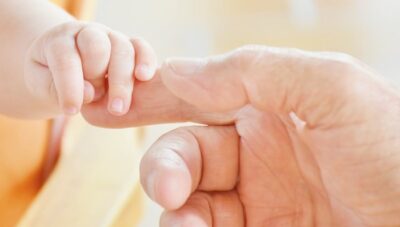 Article 22 is a radical departure from Roe v. Wade in that it does constitutionalize abortion on demand throughout all nine months of pregnancy. Roe only established an absolute right to abortion in the first trimester of pregnancy.

Concerns that Article 22 would guarantee the right to late term abortions and transgender medication and surgery for people of all ages apparently had little impact on voters’ decision-making. Neither did last-minute reports of criminal sentencing reform activists’ support for Proposal 2.

Vermont Daily Chronicle observed that an election asteroid would hit Vermont — although it was unclear whether Democrats or Republicans would be most affected. There are signs that the asteroid impacted on Republican candidates, and pro-life Republicans most of all. And that the asteroid could well be named “Article 22.”

Two years ago, Vermont State House legislative leaders, the Vermont Attorney General’s office, and Planned Parenthood worked together to create legislative language to amend the Vermont Constitution to enshrine ‘reproductive liberty.’ It sailed through the Legislature.

In the Vermont House of Representatives, Republicans appear to have won only 38 seats (there are couple of ‘too close to call’ elections), far away from the veto-supporting goal of 50 party leaders hoped a “red wave” would help them achieve. Vocally pro-life candidates, including Vicki Strong of Albany, were defeated. Of the winning Republicans, less than 10 can be considered at least moderately pro-life voters on the floor of the House of Representatives. Anne Donahue of Northfield is perhaps the most outspoken pro-lifer re-elected yesterday.

There was at least one pro-life pickup: Charles Wilson, a retired store owner and farmer, won a Caledonia County House seat for Lyndon.

In general, Republicans who won their legislative races tended to fall more under the description of fiscal-conservative, moderate on social issues. This is particularly true of the GOP House and Senate winners in Franklin County, which went ‘red’ for both Senate seats (Randy Brock and Bob Norris) and majority red in its House races.

Tuesday night, one of the pro-choice Republicans (who easily won his House seat) approached me at the GOP gathering at the Elks Club in Barre. Noting the House electoral losses, he said, “this is about abortion.” Hours earlier and miles away in White River Junction, voters leaving the polls said the same thing. When asked by a VDC exit-poller about their number one concern in the election, the voters in the admittedly bluer-than-blue district chose abortion.

“Planned Parenthood used massive financial resources to launch a misleading advertising campaign on all Vermont airwaves. Voters were inundated with false messaging that successfully managed to hoodwink Vermonters into believing that they must support passage,” Vermont Right to Life leader Mary Beerworth said Wednesday. “Thousands of Vermont voters were misled into believing that abortion would become illegal in Vermont unless citizens cast their votes in favor of passage of Proposal 5/Article 22.”

Furthermore, Vermonters’ employment is increasingly dependent on government sourcing or approval for funding — healthcare, education, not-for-profits, energy providers, a proliferation of government contracts among manufacturers, and government itself. When government funds or controls your livelihood, voting for the success of Big Government really is a kitchen-table issue.

No doubt other causes for Republicans’ electoral demise could be named. But even the staunchest of pro-lifers have to admit that this year, anyway, the abortion issue didn’t help the Party of Lincoln.

No-one can fault the articulate, hardworking activists at Vermonters for Good Government and elsewhere who kept Article 22’s flaws in the public eye until the very end. You can lead a horse to water.

Neither does it mean pro-life candidates should have done differently. Sometimes you’re forced to choose a hill to die on. As his troops faced Pickett’s Charge at the Battle of Gettysburg, Major General Winfield Scott Hancock was asked to leave the line for a safer place. He replied, “there are times when a corps commander’s life does not count.”

And finally, there’s this thought: like comic book characters, political fortunes don’t always stay dead. When need calls, they can be miraculously revived.