On Election Day, voters elected 37 Republicans to the Vermont House. This past session, the necessary 50 votes could often be found in a coalition of Republicans, sympathetic independents, and the occasional brave Democrat is history. 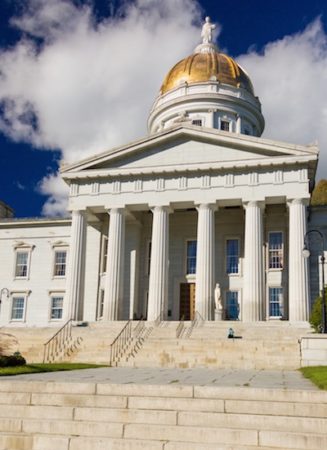 When the 2023 Legislature convenes, the beefed-up Democrat/Progressive super-majority will have the leisure of passing bills without fear of a successful veto by Gov. Phil Scott.

Just two days after Election Day, House leadership has yet to release a legislative priority list. However, bills successfully vetoed by Gov. Scott last year would seem to be likely targets. Some of the vetoed bills (contractor registry, gun ban in hospitals) were simply tweaked, reworked into other bills and passed. Other big changes could be reintroduced in 2023 and easily passed into law include:

Other foot-in-the-door drug legalization bills also were vetoed. The proposed Drug Use Standards Advisory Board in H.505 would study “decriminalizing personal use of cocaine and other hard drugs.” H.534 would have “expanding eligibility for expungement and sealing of criminal history records for nonviolent offenses,” including some drug offenses.

Clean Heat Standard. The House sustained the veto of H.715 when Democrat Tom Bock (since retired) surprised and angered House leadership by voting with Republicans. That won’t happen this year should this carbon tax to fund renewable power and energy efficiency providers return to the Legislature – which seems very likely.

Act 250 – Last year’s veto resulted in follow-on legislation of a handful of changes to Vermont’s land use and development law. This year, environmental, climate and anti-development priorities could pass unfettered over concerns raised about the high cost of new housing creation and property owners’ rights.

Just Cause Eviction – Gov. Scott vetoed H.708, a Burlington city charter change requiring landlords to show just cause for evicting tenants (by law they don’t need to now). Should the Legislature make Just Cause the law of the state, some private sector landlords may decide renting is no longer worthwhile. Increased condoization of apartment houses and more state spending for public housing construction are not unlikely outcomes.

The Legislature also has carte blanche to pass bills it never brought to the governor’s desk for fear of his veto pen. Legalized prostitution and removing police officers’ civil lawsuit protection (‘qualified immunity’) could be law by next summer, if the Legislature so decides. Gov. Scott may well be at the policy-making table, but now he’s just another voice.