As of this morning, Republicans in New Hampshire retain their majority in the State House. Gov. Sununu won his fourth term, the Executive Council is 4-1 Republican, and the State Senate looks like it will be Republicans 14-10. The State House, with 400 seats, is still technically a toss-up. 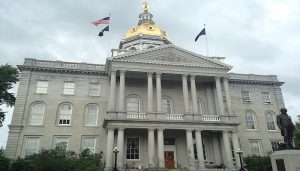 I do not have word on any planned recounts, but I am certain there will be a few. And there are still races undeclared but based on the vote total as known. The current balance is 203 Republicans to 197 Democrats. All things being unequal, Team Red still controls the chamber. But does it?

The odds that we will get a decent Republican speaker are thin. The caucus would have to vote as a block, and we know they are not good at that. A number of “republicans” vote with Democrats on a far too wide range of issues, making this sliver of a majority meaningless.

The Democrats cannot be upset about the outcome.

While last session’s GOP majority was not significant (26 seats?), the Dems have whittled it away to nearly nothing. It also means they could pick the speaker of the NH State House. If they get who they want, that person selects leadership, whips, and assigns committee chairs.

The Republicans could have the “majority” seats but lose control. Just think back to Shawn Jasper a few years back and the Jaspercrats. A “Republican” Speaker, elected by Democrats, who soft peddles the GOP agenda and panders to the radical Left.

I think Republicans made that happen, and I’m not sure what they have planned to address it this time. Skip wrote a bit here but can’t answer the question either.

There are likely candidates with experience and those who, if chosen, would be great for liberty and freedom, but after what happened Tuesday, you’d be right to have suspicions about the outcome.

One thought on “Will Republicans lose control of House in New Hampshire?”