By Cully Stimson | The Daily Signal

The recently disclosed college admissions scandal has angered everyone because it involves the classic vices of greed, lying, subterfuge, dirty money, snitches, and cheating. It also underscores the notion that the rich play by a different set of rules, and that the college admissions process is not based on merit.

By unsealing the indictment and criminal complaint against 50 people, the Department of Justice pulled back the curtain on the whole sordid underworld of side-door, backroom, dirty deals reached by select parents, coaches, college board administrators, and others who allegedly put status and greed over fairness and merit.

Each defendant, who is presumed innocent, faces serious criminal consequences given the information contained in the indictment and criminal complaint. 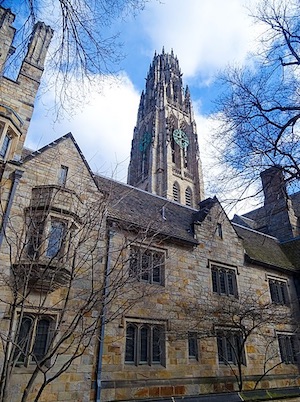 And this may be just the tip of the iceberg.

The side door involved bribing college coaches to admit students (not actual student athletes) as a recruited athlete, cheating on SAT/ACT exams by paying off select administrators of those exams, doctoring grades, and more. In return for these services, parents paid hundreds of thousands of dollars to Singer’s fake charity, and some then took the tax deduction the next year.

Right after Singer was caught by the FBI and decided to become a cooperating witness, he tipped off some of his clients, which is why Singer was also charged with obstruction of justice. What we don’t know yet is who he tipped off, what was said, what actions (if any) those people took as a result of the tip, and whether more charges are forthcoming.

As a cooperating witness, Singer (thus living up to his last name) told the feds about his scam, and agreed to a series of recorded phone conversations with unsuspecting client parents regarding their ongoing conspiracy. Portions of those recorded conversations are contained in the complaint, and give the reader an unvarnished view into the quid pro quo nature of the scam.

Singer’s pitch was a simple business proposition: Name the college you want your kid to attend, get your kid a fake diagnosis of a learning disability, petition the college board for extra time to take the SAT/ACT because of the learning disability, Singer gets a fixer to take the exam for the student or “correct” the student’s exam at one of two special testing sites, work with Singer on a fake athlete profile for your kid, and pay Singer the money he required—and presto, your kid is admitted to the college of his or her choice as a “recruited athlete.”

We don’t know what other schools Singer placed students into over the years, what other parents he conspired with, and how many other college coaches, administrators, or persons he worked with to achieve his nefarious business purpose. But there certainly are others, which is why the U.S. attorney for the District of Massachusetts mentioned that there may be more charges. Count on it.

Singer is facing a long time in jail, even though he pled guilty. He was charged in a criminal information with racketeering conspiracy, money laundering conspiracy, conspiracy to defraud the United States, obstruction of justice, RICO forfeiture, and money laundering. He had a strong incentive to take a plea and become a cooperating witness. No doubt he expects the sentencing judge to go easy on him when he is sentenced, but he very likely will do substantial prison time regardless of any sentence reduction.

The charges against the parents include conspiracy to commit mail fraud, and honest services mail fraud, in violation of 18 U.S.C. § 1349, each of which carries a maximum sentence, if convicted, of no more than 20 years in prison, three years of supervised release, and a fine of $250,000 or twice the gross gain or loss. The charges against the coaches and teachers include racketeering conspiracy in violation of 18 U.S.C. § 1962(d), and carries the same sentence.

This case is just getting started. Several of the spouses, who were recorded in phone conversations, were not charged. Why? Either because they didn’t commit a crime, or because the government decided that not charging them at this time gives the government leverage over the indicted spouse.

It is certainly possible that as the government develops other facts, and as defendants weigh their options and decide to cooperate, other defendants may be charged. Furthermore, as individual colleges conduct internal investigations, they may uncover facts that they will turn over to the government, who in turn may charge more individuals.

Who are the victims, if any, at this point? Certainly those actual student athletes who had a reasonable shot at gaining admission into those schools during that recruiting year, who were denied that recruited athlete slot because it was rigged in favor of a privileged kid.

Perhaps there are other students of merit who applied to colleges, but were denied admission, or were deferred, because these (and others we don’t know about) were granted admission based on bogus credentials. Time will tell.

Stand by for more, as other shoes are likely to drop.