BURLINGTON, Vt. — Short-staffed with an increase in serious “priority 1” calls for the year, police in Burlington had another busy weekend, this time responding to a double shooting at the Marketplace Parking Garage around 2 a.m. on Saturday.

According to initial reports, an officer likely contributed to saving the life of one of the victims.

“One of the victims had an abdominal wound and received potentially life-saving tactical field medicine intervention from officers on scene,” according to a statement by the Burlington Police Department. 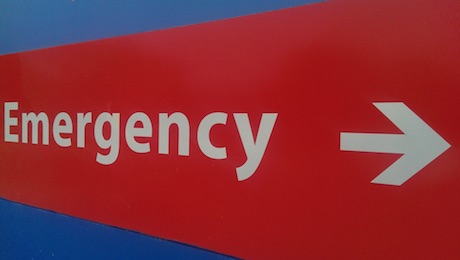 POLICE HELP SAVE A LIFE:  A double shooting on Saturday in the early morning hours in Burlington resulted in two hospitalizations. On officer may have helped save one of them from dying at the crime scene.

The incident is currently listed as an attempted homicide. The shooting suspect is described as an “unknown black male” who was “among a larger group when the shooting occurred.” His picture was captured by surveillance video and can be seen in this WCAX report.

Of the three victims, one is reported as in stable condition, but initially was listed in critical condition. Another incurred non-life-threatening injuries and was released shortly afterward. Another reportedly had minor injuries and declined treatments.

That same day, at 1:01 p.m., the BPD responded to a head-on car collision involving excessive speed and alcohol, the department reported. According to the initial investigation, a motorist tried to pass a car on the Heineberg Bridge and failed to maintain control, resulting in the collision. Two passengers in the oncoming car were taken to the hospital, and one of them had “life-threatening injuries.”

It’s been a busy month for the BPD. The department put out a press release on March 17 announcing a completed a sting operation on a drug dealer from out of state. Police collected “a large amount of heroin/fentanyl, hundreds of pills containing fentanyl, powder cocaine, and methamphetamine,” as well as $13,000 in cash. The man, listed as from Georgia, has multiple drug convictions already in his home state.

At a Police Commission meeting last week acting Police Chief Jon Murad said that “priority 1” incidents — serious crimes including assaults, robberies, and car crashes — are at the “first highest or the second-highest of the past several years.”

In response to crime in the Queen City, local businesses have been forced to seek private security — an issue addressed in a recent commentary by Don Keelan and sent to local media.

In gun-related news, Gov. Phil Scott signed another gun-control bill last week. The bill prohibits guns in hospitals and extends the background check waiting period on gun purchases to seven days, up from the “default proceed” limit of three days.

“S.4 is another needless affront to the rights of lawful firearms owners in Vermont,” Moore said. “It will also stretch the credibility of people seeking mental health crisis intervention services and addiction recovery services. These people now have to fear that discussing suicidal ideas may result in the loss of all their firearms and being reported by the very people they are seeking help from.”