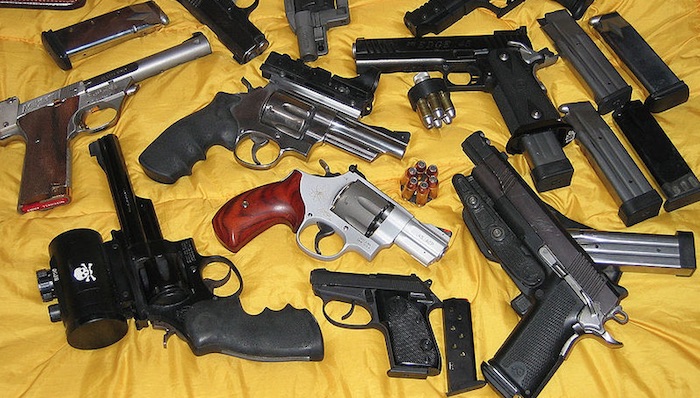 LEFT-WING LEGISLATION: Gov. Phil Scott will have to consider a slew of bills advancing through Vermont’s Democrat-controlled Legislature. He already signed a gun bill that extends the waiting period on gun purchases waiting for federal background checks.

The governor is facing a slew of left-leaning legislation this session that ranges from gun control to statewide registries for building contractors.

Last week Gov. Phil Scott signed S.4, a bill that bans guns from inside hospitals and extends the waiting period for gun purchases to up to seven days.

A standard federal background check has a wait of three days to complete before a “default proceed” kicks in, allowing the purchaser to take possession of the firearm. But S.4 extends that period four more days, a period of time that critics say infringes on constitutional rights and puts lawful gun owners potentially in harm’s way.

The bill also bans guns from being carried inside hospitals. While hospitals already had the ability to ban guns, the new bill “puts lawful gun owners in hazard of a criminal charge by simply walking past the sign into the hospital and not realizing that they’ve committed that infraction,” according to Bill Moore, the firearms policy analyst for the Vermont Traditions Coalition.

That’s not the only legislation the governor is facing from Vermont’s Democrat-controlled Legislature. On Thursday, lawmakers passed massive transportation spending initiatives in the form of the annual transportation bill, H.736, and the omnibus state appropriations bill H.740. Together the bills represent a $100 million increase over the prior year’s spending. The bills amounting to $866 million include $22 million to subsidize the purchase of electric vehicles, as well as $19 million for related hardware, such as charging stations.

In his budget address in January, Scott said he supports taxpayer subsidies for electric vehicles.

“We will invest in things that reduce emissions and make our communities stronger, like electric vehicle infrastructure and incentives, weatherization, hazard mitigation, and system upgrades to ensure we can better manage and store our clean energy,” he said.

According to the bill’s text, changes in the environment disproportionately impact people based on race and income.

The bill is scheduled for a third reading in the Senate on Tuesday.

Liberal lawmakers and Vermont’s Republican governor are also at odds over S.226, which would require contract workers for homes working on projects $5,000 or more to register with the state.  Supporters say this will help protect homeowners. While Scott says he is against a new government registry, as a compromise he may sign if the threshold for requiring the registry is bumped up to projects of $10,000 or more.

Lawmakers in support of the bill have pointed out that more than half of construction-related complaints with the Vermont Attorney General’s Office occur when dealing with contracts of less than $5,000.

The bill will get a hearing Tuesday in the Natural Resources, Fish, and Wildlife Committee.