Citing the responsibilities of a new job, Deb Billado of Essex Junction announced Wednesday she will not seek reelection as chair of the Vermont Republican Party. 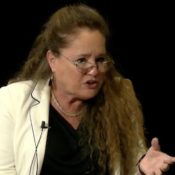 Upon hearing of her decision, a fellow GOP leader praised her for dedicated labor as a volunteer, in particular her efforts to appease both wings of the Vermont GOP.

“I have committed 40 to 60 hours a week for this position for four years,” Billado told Vermont Daily Chronicle. “With new job responsibilities, I am no longer able to give the time and dedication this political job requires.”

The State Committee will meet 10 a.m. Saturday, Nov. 6, at Capitol Plaza in Montpelier.

Billado pointed to several personal and party accomplishments of her tenure during the past four years:

“There are so many wonderful people in the party, and I hope that we continue to grow and flourish moving into 2022,” Billado said. “I believe the GOP will succeed in gaining more seats in 2022.”

“I started working with Deb during the 2016 election year,” Greenwood said. “We were both delegates to the National Convention and have worked closely ever since. Deb has worked her heart out during the past 5 years, entirely as a volunteer, trying to appease both wings of the Vermont Republican Party. I give Deb a huge debt of gratitude for her dedication and commitment to the party and her ability to accommodate everyone under our “big tent.” I wish her only the best and I will continue to support her if she chooses to remain part of VTGOP.”

Laura Benner of South Burlington, a party and Trump campaign leader, said, “Deb Billado’s steadfast belief in conservative, Republican values along with her strong leadership skills have been admired and respected for the past four years by many across our state.”

Her VTGOP weekly newsletters have been both informative and engaging,” Benner said. “Deb has been a terrific chair representing our party and we wish her the very best in her new endeavors.”