Independent Sen. Bernie Sanders of Vermont will consider running for president for a third time in 2024 should President Joe Biden decline to run, according to an adviser on Thursday. 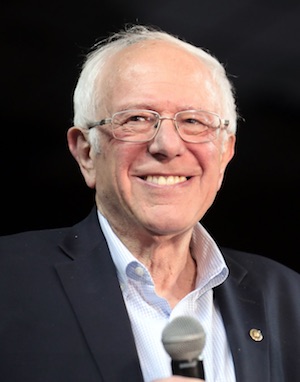 Sanders, a self-described “democratic socialist” who is the standard bearer of several progressive policy propositions – such as a “Medicare for all” publicly funded healthcare system and tuition-free public universities  – would be 83 on Election Day in 2024.

Sanders became a national political figure in 2016 with his left-wing primary challenge to Hillary Clinton’s candidacy. Despite his old age, he attracted the support of many young people and working-class voters, with a record number of small-dollar donations, for the consistency of his progressive and pro-union policies.

His loss to Clinton was met with acrimony from progressives following the hacking of the Democratic National Committee in 2016, where Russian-linked hackers obtained nearly 20,000 internal emails that were later published on WikiLeaks. The emails showed that top DNC officials discussed ways to undermine Sanders, believing that his socialist message would hurt the party electorally.

Sanders ran for president again in 2020 and emerged as the initial frontrunner in the Democratic primary, but failed to undercut Biden‘s momentum following the South Carolina primary. After Biden’s election, Sanders openly lobbied Bidento appoint him as the Secretary of Labor, but was not chosen.

Despite Sanders’ losses, many of his policy ideas have become mainstream Democratic Party positions, while he still enjoys significant support among Democrats. A poll in August showed that Sanders had the highest favorability ratingwith Democrats among any 2024 presidential candidate, including Biden, at 46%.

The latest 2024 polling, however, shows Sanders trailing other candidates such as Transportation Secretary Pete Buttigieg and Vice President Kamala Harris. Some remain worried that his left-wing message will dismay independent and moderate voters, granting an advantage to the GOP.

“Elections are won in the suburbs, which are not a hotbed of revolutionary tendencies,” wrote James Pindell for the Boston Globe in a 2020 editorial, adding that “Republicans would have had a field day.”

Sanders did not immediately respond to a request for comment.

14 thoughts on “Bernie Sanders will take a ‘hard look’ at running for president if Biden doesn’t, adviser says”