By Alan Wooten | The Center Square

Sen. Bernie Sanders, third-term independent from Vermont, supported the $740 billion Inflation Reduction Act and critiqued it as well in the aftermath of Sunday’s marathon voting in the U.S. Senate.

In a tweet late that evening, he wrote, “Today the Inflation Reduction Act passed the Senate 51-50. In my view, this legislation goes nowhere near far enough for working families, but it does begin to address the existential crisis of climate change. It’s an important step forward and I was happy to support it.” 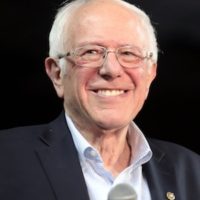 Initiatives connected to climate change, energy, health and taxes were in the package. Many said it was a scaled-down, or different version, of President Joe Biden’s 10-year, $3.5 trillion plan that included those areas plus paid family leave, universal preschool, child care and tax breaks for families with children. Analysts projected the passed version at one-tenth the size.

The 755-page spending bill was routed through special procedures – primarily aimed at affecting the federal budget, not imposing new policy – so that a simple majority rather than 60 votes were needed for passage.

Maine’s Angus King, the other independent senator in the chamber, also voted for it. Each caucuses with Democrats. Vice President Kamala Harris cast a tie-breaking vote. The House is likely to take a vote on or before Friday and Biden has indicated he will sign it in present form.

The legislation wasn’t roundly endorsed by independent analysts as a game-changer the way Democrats portrayed it.

Penn Wharton reported, “We estimate that the Inflation Reduction Act will produce a very small increase in inflation for the first few years, up to 0.05 percent points in 2024. We estimate a 0.25 percentage point fall in the PCE price index by the late 2020s. These point estimates, however, are not statistically different than zero, thereby indicating a very low level of confidence that the legislation will have any impact on inflation.”

According to The Center Square reporting sourcing Utah Sen. Mike Lee, the nonpartisan Joint Committee on Taxation estimated the bill would raise taxes by $313 billion over the next 10 years. Further, Americans in every tax bracket would be hurt.