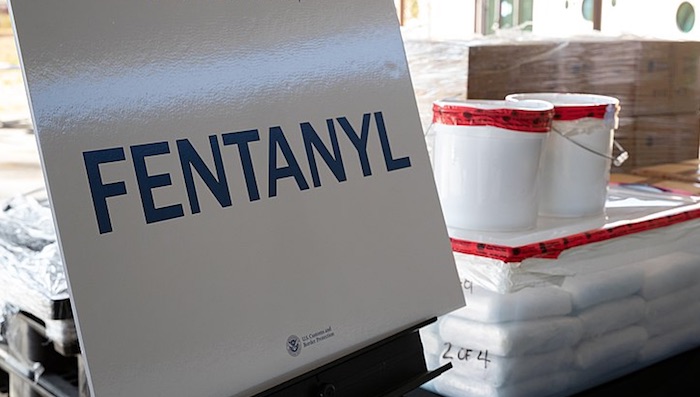 IN THE STREET: Fentanyl, a synthetic opioid used in pain relief, can be found in all different street drugs, and special tests are needed to help identify it.

BERLIN, Vt. — Gov. Phil Scott has once again turned to drug abuse and addiction as the primary subject of his press conference on Wednesday, which was held outside the Central Vermont Medical Center.

Rising alcoholism and the continued prevalence of fentanyl were two issues of concern addressed by various experts in attendance alongside the governor.

Dr. Javad Mashkuri, who specializes in emergency medicine for the Central Vermont Medical Center, said calls to support services concerning alcohol abuse outpaced those regarding opioid abuse by a 2-to-1 ratio during the first year after COVID-19 arrived.

“In the last year we were looking at some of the Vermont HelpLink data, and we saw that during the pandemic … 2-to-1 were calls for alcohol issues over opioid issues. So this past year we are creating a hub/spoke model for alcohol use,” he said. 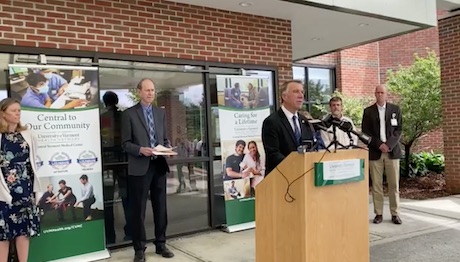 “Ten years ago if you came to an emergency room and you were intoxicated and in withdrawal and struggling and wanted help, a lot of times you got maybe a judgmental glance from a nurse or a doctor or a PA,” Mashkuri said, “And you kind of got a lecture about how bad this stuff was for you and it makes your mom cry and your dad upset and your wife leave you. And then we gave them as their treatment — if they were not in any kind of medical emergency — something called ‘the list.'”

In the past, this “list” was a notification of the local treatment services available, and that’s where the hospital’s intervention would usually end.

“Half the phone numbers were defunct or out of service,” Mashkuri said.

The governor started the conference by talking about some of the investments his administration is making to help Vermonters fighting addiction.

He clarified again that he will support law enforcement efforts in their role in mitigating the illicit drug trades.

“It’s clear there is an important role for enforcement to cut off supplies and to stop those who pray on our youth,” Scott said.

State Health Commissioner Mark Levine spoke warned about the prevalence of fentanyl in street drugs. But first he commented on how the onset of COVID-19 and the various restrictions that came with it contributed to a reversal of the progress that the state was making regarding addictions.

“Before the pandemic, Vermont had been making steady progress in slowing the rate of opioid-related deaths,” Levine said. “But, tragically, COVID-19 quickly reversed those trends as many faced isolation, anxiety and other changes to their support systems.”

He shared some concerning data released in April on increasing opioid deaths: Vermont’s opioid-related deaths increased 34.5% from 158 deaths in 2020 to 215 in 2021, the highest number ever seen in the state.

Levine said that he would like to see this trend reversed.

“Our focus is to continue to restore the state-wide network and safety nets that had us bending the curve on substance abuse and overdoses,” he said. “… The state is providing $8.7 million to support and grow enhanced capacity and the provision of innovative substance abuse prevention and treatment programs throughout the state.

Levine also warned about the continued prevalence of Fentanyl, a potent synthetic opioid known to be 50 to 100 times more powerful than morphine, and it continues to be found in street drugs sole in Vermont.

“We continue to find fentanyl at the heart of so many incidents of accidental overdoses,” he said. “In 2021 it was involved in 93% of opioid-related fatal overdoses. The Heath Department worked to help prevent and reverse overdoses by supporting the distribution of over 40,000 doses of naloxone Narcan, and more than 83,000 fentynal test strips to our community partners to provide to individuals.”

Other addiction experts weigh in

Sheehan said that for the first time now state dollars are going directly to prevention efforts, whereas in previous years money had gone indirectly through institutions for this effort.

“These investments will help stabilize the prevention infrastructure across the state,” she said. “This means that regardless of the presence of a prevention organization working directly in a home town, every community will experience prevention strategies.”

“CVMC is proud to have helped found the Central Vermont Prevention Coalition,” she said. “A group of over 25 organizations in our region all dedicated to developing innovative collaborative approaches to treatment and support to those who need it.”

Images courtesy of U.S. Customs and Border Protection and Office of the Governor