Editor’s note: This commentary is by Aimee Stephenson, of Burlington. She has a doctorate in Microbiology and Molecular Genetics from the University of Vermont. 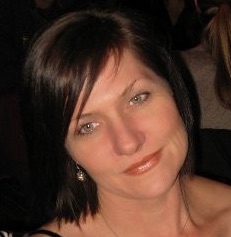 I find it fascinating that this same little state also led the nation in COVID-19 vaccination rates. On Monday, June 14th, Vermont lifted all COVID-19 restrictions after becoming the first state in the U.S. to have 80% of its eligible population receive at least one dose of the vaccine. Why do I find this fascinating? Because Vermonters may have inadvertently ingested or turned themselves into GMOs when they got the COVID-19 vaccine. COVID-19 vaccines themselves are products of genetic engineering. In fact, in many parts of the world, including Europe, mRNA vaccines meet the definition of “gene therapies,” which introduce genes into your cells to treat or
prevent disease.

Some argue mRNA vaccines are not truly gene therapies because they do not interfere with our human genes. But is the standard narrative really true? We have been assured by the vaccine makers there is no possible way mRNA vaccines can impact our human genes/DNA, but a recent study by MIT and Harvard scientists demonstrates the opposite. This study showed how segments of RNA from the coronavirus itself are most likely becoming a permanent fixture in human DNA. It sure makes you wonder, doesn’t it?

As for “viral vector” vaccines such as the one from Johnson & Johnson, these are genetically modified organisms that meet the classic definition of a GMO. They are viruses that have been genetically engineered to carry the spike protein gene (DNA) into your cells. When a “viral vector” vaccine is injected into your arm, it is no different than ingesting a “Flavr Savr” tomato from Calgene Inc. They are both GMOs. You have to wonder if any Vermonter made this connection as they rushed out to get the shot to protect their neighbor.

One of the main concerns with GMOs is whether they are safe. With this past year’s preoccupation with “staying safe” you would think this would be top of mind. I’m also perplexed as to why so many Vermonters appear to now suddenly trust Big Pharma. These are the same guys who paid out tens of billions of dollars in damages for other products they brought to market knowing they would cause injuries and death.

But with the vaccines, Big Pharma cannot be sued for any harms brought about by the COVID vaccines now or ever. Given the free pass from liability, and the checkered past of these companies, why would we assume the vaccines are safe and somehow made altruistically to “protect” us?

For me, the biggest issue here is unintended consequences. There is example after example of ways humans have intervened in nature trying to solve a problem only to create an even bigger problem. You’d think we would have learned by now that we should not be messing with gain-of-function research on coronaviruses nor should we be experimentally injecting GMOs on a large scale into humans without proper clinical trials. But I guess it’s too late now — 80% of Vermonters are already part of the ongoing clinical trial. So now the only question is: do 80% of Vermonters also need a GMO label?