Editor’s note: This commentary is by Jeff Euber, a writer who lives in Essex Junction.

“We are tired. I can’t keep doing this. … I cannot keep caring for patients when I know that they could have been saved with earlier treatment. And that drug that will treat them and prevent the hospitalization is ivermectin. … All I ask is for the NIH to review our data.”

Those words, from Dr. Pierre Kory’s U.S. Senate testimony last December on early treatment for Covid-19, capture the frustration of front-line doctors around America who feel their successes are not being heard or taken seriously. 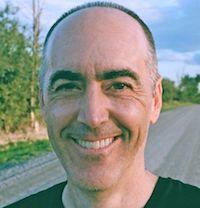 To illustrate: After 8 million views, Dr. Kory’s testimony was pulled down by YouTube, and his organization, the Front Line COVID-19 Critical Care Alliance, was de-platformed by LinkedIn for spreading “misinformation.” Facebook, despite having no acknowledged medical experts on staff, blocked posts by the FLCCC.

Rather than a rare unfortunate incident, Kory’s cancellation by social media instead reflects a pattern: the censorship of qualified medical professionals who advocate for additional tools to combat Covid-19. It is fair to ask why.

Early intervention is a cornerstone of good medicine. Few people would disagree that early treatment for disease is important. For instance, CDC guidance on novel influenza states, “Antiviral treatment is recommended as soon as possible for any patient with suspected or confirmed influenza” who are at high risk (emphasis original). And yet, despite the daily toll of Covid-19 while the world waited for a vaccine, health authorities and the media were curiously slow to investigate inexpensive, FDA-approved medications used off-label, a common practice that might have offered patients more than merely being told to isolate while hoping their symptoms didn’t worsen.

Pointing to the void in early treatment that federal agencies hadn’t filled, Dr. Kory in his U.S. Senate testimony noted, “I do not know of any task force that was assigned or compiled to review repurposed drugs in an attempt to treat this disease” — a puzzling non-development for an unfolding health emergency caused by a novel pathogen.

More than a year into Covid-19, most of the medical community remains seemingly indifferent to early outpatient treatment. The Vermont Department of Health, for one, maintains “there is no specific treatment” for symptomatic Covid-19 and recommends isolation, rest, fluids, and fever-reducing medications.

Another DOH webpage, not updated since March 2020, cautions against use of drugs not approved for Covid-19, including hydroxychloroquine (HCQ), repeating CDC claims that “there is no data currently available from randomized clinical trials” and pointing to risks of using the drug.

HCQ safety concerns grew after the Lancet, one of the world’s top medical journals, published a large study in May 2020 alleging dangers of its use. The study was later retracted after an investigation revealed serious flaws, including fabricated data.

Many critics have suggested that such studies, conducted on hospitalized patients, used doses far too high and far too late in the illness to prove either safety or benefit. By contrast, a 2020 safety study on early outpatient treatment for Covid-19 concluded HCQ use “did not suggest significant safety concerns.”

Despite its retraction, the WHO-funded Lancet study effectively ended governments’ willingness to try HCQ. Nations backed away from or banned the drug altogether. In America, the FDA revoked HCQ’s emergency use authorization (EUA), despite a safety profile already long established for the 65-year-old medication. (The EUA had allowed HCQ use only in hospitalized patients, even though the most promising studies point to early outpatient use.)

Dr. Anthony Fauci’s National Institute of Allergy and Infectious Diseases, after saying it would not fund HCQ studies, eventually began a study that planned for 2,000 participants, enrolled twenty, then ended early due to “lack of community enthusiasm.” This problem did not plague the Covid-19 vaccine trials that began soon after, leading to three vaccines being granted EUA. (It is no small detail that for the FDA to issue an EUA, “there must be no adequate, approved, and available alternative to the candidate product for diagnosing, preventing, or treating the disease or condition.”)

Ivermectin, the focus of Dr. Kory’s Covid treatments, has encountered headwinds of its own. Though Kory’s US Senate testimony asserted that ivermectin “basically obliterates transmission of this virus,” the NIH points to insufficient data “to recommend either for or against” its use. In Vermont, health commissioner Dr. Mark Levine acknowledges “there is some data out there” supporting ivermectin, but says it is mostly “anecdotal” and that the medication is of little benefit as a preventative.

But the establishment consensus on HCQ and ivermectin conflicts with hundreds of studies demonstrating both their safety and efficacy when used early, in appropriate doses, and in combination with other drugs. Health authorities often dismiss these studies as having insufficient size or design. But it is harder to dismiss the successful clinical outcomes observed by numerous physicians who, unlike most health administrators, have actually treated Covid patients.

Dr. Joseph Varon of United Memorial Medical Center in Houston, famous for working the pandemic without a day off for over a year, developed a drug treatment protocol with Dr. Kory, called MATH+, that resulted in dramatically reduced Covid mortality vs. other hospitals with similar patients. This fact was rarely, if ever, included in the edited footage of over one thousand interviews Varon graciously granted the media, who instead focused on his inspirational story. Nor did it survive social media: Varon told one sympathetic reporter, “Every time I use the word ‘ivermectin’” — an anti-parasitic drug that won the Nobel Prize in 2015 — “I go to Facebook jail.” The reporter’s Fox-affiliate station did not air her interview.

Dr. Peter McCullough, who is Professor of Medicine and Vice Chief of Internal Medicine at Baylor University Medical Center in Dallas, knows Covid-19 intimately. After successfully treating his elderly father for Covid, McCullough himself contracted the disease, which made him ill enough to require intervention. He self-treated with an HCQ protocol he had developed with colleagues and published in the American Journal of Medicine. He recovered in eight days. Videos he posted to YouTube about his Covid recovery and treatment protocols were removed (though some were eventually reinstated).

McCullough, a renowned cardiologist with over 600 citations in the National Library of Medicine, 46 of which are papers on Covid-19, soon found his censorship experience was not unique. In a May 2021 interview, he said, “The early treatment doctors started to be scrubbed from Twitter, from YouTube, from social media. . . . YouTube ultimately came out with a very clear message. They said, ‘Listen, we are only going to have information that is in line with the CDC, the NIH, and [the] FDA’ — which say do nothing. And everything else is going to be considered misleading.”

Front-line physicians shunted from public platforms for simply trying to share their findings also got pressure from medical authorities. “Statements from the FDA, the NIH, or the CDC started to take more weight than they ever would in the past,” McCullough said. “We were getting official messages that basically said, ‘Don’t take care of Covid-19.’ These are codified in policies and emails by major medical organizations. Can you imagine getting an email saying, ‘Don’t treat pneumococcal pneumonia’?”

The result, as McCullough sees it, is lives needlessly lost. “It seems like there was a playbook, [which was] to suppress any hope of treatment . . . and at the same time prepare the population for mass vaccination. There was massive messaging for the vaccine, far out of proportion to treatment. … America’s response to Covid-19 has basically been to well people — wear masks and get vaccinated. And America has offered nothing to the sick person.”

In terms of life-threatening Covid, the sick person is typically immune-deficient, obese, elderly, or all three. (The CDC’s infection fatality ratios for Covid-19 average three tenths of 1% for groups under 65 years; in older groups IFR rises sharply.) Clearly, those at high risk who become ill need more than being told to simply stay home and monitor their symptoms. Early outpatient treatment would fill that gap.

The trajectory of current events calls for more tools. Despite the highest vaccination rate in the country, Vermont’s Covid-19 cases for the last week of July were five times higher than the same week a year ago, when there was no vaccine. The answer, we are told, is more vaccination — despite some vaccine experts saying this drives “escape variants“ and despite the soaring numbers of vaccine adverse events reported to the CDC (over 5oo,ooo to date vs. 45,000 for all vaccines combined in 2018, the highest pre-Covid year for such reports).

So why is there seemingly little appetite for treatment? Why is there scant discussion of natural immunity acquired from previous illness, or the vital role of Vitamin D in fighting Covid? Rather than doubling down on a vaccine-only strategy — with “incentives” of ice cream cones, million-dollar lotteries, or increased restrictions on those who choose not to vaccinate — health authorities should promote health and invest in outpatient treatment protocols before we head into fall.

How do we get there? “Please have courage,” Dr. McCullough suggests. “Let’s do away with therapeutic nihilism. Let’s join together and treat Covid-19 patients compassionately to reduce hospitalization and death. And we can do this.”

Continued bureaucratic foot-dragging on inexpensive early treatment due to “lack of data” is wearing thin. Brave and experienced doctors have stuck out their necks and done the homework. The data continues to accumulate. The treatment models are there. Instead of being censored and marginalized, these heroes should be applauded. And it’s time to follow their lead.