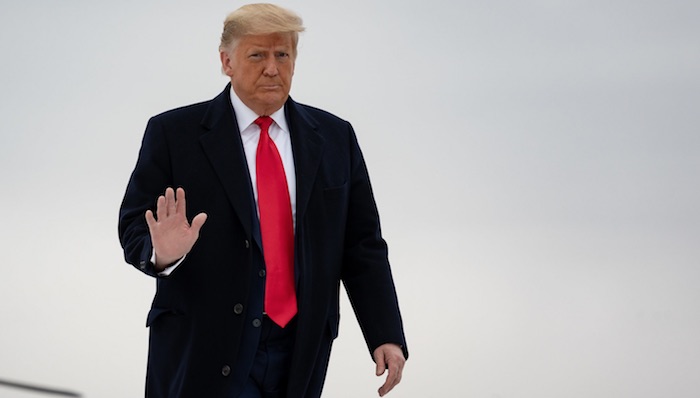 On Tuesday night Democrat incumbent Gov. Terry McAuliffe of Virginia was ousted in an election against Republican Glenn Youngkin, a development that just weeks ago seemed unlikely in public polls until a sudden backlash against the Democrat-endorsed critical race theory materialized..

The same night, in Minneapolis, voters defeated a measure to completely disband the police department in favor of a woke-friendly Department of Public Safety. Just days earlier, a new national poll showed that Americans overall have a negative view of the Black Lives Matter movement.

In fact, across the nation, pro-critical race theory and pro-Covid-lockdown candidates for school board and town leadership were largely replaced with conservative, pro-freedom, anti-CRT opponents.

On most major social, economic, and political matters, recent polls are showing a strong momentum shift across the nation against the Democrat Party platform.

WATCH: MSNBC’s Chuck Todd highlights new polling “that is filled with some scary news for the Democrats.”

“Americans have lost their confidence in President Biden and their optimism for the country.” pic.twitter.com/A9g82v20gD

The two top issues that spurned voters to turn away from Democrats towards Republicans in Virginia, according to polls, were excessive COVID-19 mandates the push for social justice-themed curricula in schools.

BREAKING: Interesting Virginia exit poll data on Fox News as presented by @ShannonBream on @SpecialReport. A majority of those surveyed thought McAuliffe's attacks were unfair and 57% thought Youngkin's were totally fair. The top 2 issues were school COVID rules and CRT. pic.twitter.com/puFrvLEfQa

In many cases, it was political newcomers who won school board seats. The Kansas City Star reported that “several conservative candidates ran in the nonpartisan races for the first time, fighting for what they call ‘parent choice,’ opposing mask mandates and questioning how schools teach students about racism, sexual orientation, and gender.”

Such developments echo the advice of Vermont’s conservative leaders, which has been to focus on school boards, bring friends, and engage.

Contrary to the national trend, the state of Vermont has been at the forefront of promoting critical race theory in schools and its universities. One UVM professor and whistleblower made headlines earlier this year when he blew the whistle on racism against whites being encouraged on UVM’s campus in the school’s staff training programs.

Polls are also showing a growing distrust for mainstream media, which tends to cover Democrats favorably. Major media outlets such as CNN are struggling to attract more than a few hundred thousand viewers for some programs which in past decades would have seen millions tune in.

Mainstream media critics were quick to note an MSNBC host labeled concern about critical race theory “code for ‘white parents don’t like the idea of teaching about race.”

If you want to give yourself a treat, turn on MSNBC.

Last week Vice President Kamala Harris said that whichever party gained momentum on Election Night in the Virginia gubernatorial race and others would determine the course of elections through 2024 and beyond. According to a Breitbart News report, President Biden had no comments on the night’s election results upon receiving the news.

“President Trump continues to be a huge boost for Republicans across the country,” Republican National Committee Chairwoman Ronna McDaniel told the Washington Examiner.

Many of Vermont’s Republican state lawmakers, led by the efforts of Rep. Heidi Scheuermann, R-Stowe, turned against the former president for his alleged role in the largely debunked Jan. 6 U.S. Capitol riot narrative.

CLARIFICATION: An earlier version of this story said the Vermont GOP largely turned against President Donald Trump over the Jan. 6, 2021, riot at the U.S. Capitol. Instead, most GOP House lawmakers voted for  J.R.H.1, a joint resolution calling for Trump to be removed from office. Only 16 lawmakers voted against.

Images courtesy of Flickr/Gage Skidmore and The White House