Of the more than two dozen Vermont GOP lawmakers who didn’t co-sponsor a resolution calling for President Donald Trump to be removed from office, 10 told True North Reports how they voted on the measure — 15 others wouldn’t say.

Politicians everywhere have spent the past nine days denouncing the Jan. 6 riot at the U.S. Capitol building. The event is distinct from the peaceful “Save America March,” which drew hundreds of thousands of Trump supporters to Washington, D.C., including a busload of 51 Vermonters.

Last week the Vermont Legislature, without knowing who vandalized the building, or if any other explanation existed for the riot, voted 130-16 to pin the blame on President Trump and to call for his impeachment. The U.S. House of Representatives subsequently impeached Trump Wednesday, charging the president with “incitement of insurrection.”

But lawmakers, both in Vermont and Washington, have a version of events that is increasingly at odds with the FBI on how the storming of the Capitol was planned and carried out.

According to the text of J.R.H.1, Trump “instigated” a riot on Jan. 6 when he spoke to thousands of supporters at The Ellipse park and instructed them to march to the U.S. Capitol, where they “violently stormed the building, attacking police officers, ransacking offices, terrorizing the members of Congress. The actions of this mob were not just criminal and lawless, they constituted a direct attack upon our democracy, and … this attack was instigated by President Donald Trump.”

That narrative was debunked on Tuesday when the FBI revealed it knew about plots to attack the Capitol prior to Jan. 6, and had issued a report with warnings on Jan. 5 — a full day before the the president’s speech.

As first reported by the Washington Post, the FBI’s field office in Norfolk, Virginia, warned law enforcement on Jan. 5 that extremists could commit a “war” in the nation’s capital. Steven D’Antuono, the assistant director in charge of the FBI’s Washington field office, received the warning on Jan. 5 and shared it with other law enforcement by way of the Joint Terrorism Task Force. The warning included knowledge of conspirators distributing a map of the Capitol complex’s tunnels, as well as arranging meeting points for conspirators from Pennsylvania, Massachusetts, Kentucky and South Carolina on the way to Washington, D.C.

One thread of communication the FBI intercepted about a planned attack, the Post reported, said: “Be ready to fight. Congress needs to hear glass breaking, doors being kicked in, and blood from their BLM and Pantifa slave soldiers being spilled.”

Nevertheless, the Vermont Legislature voted to blame Trump, who in his speech at The Ellipse did not condone violence but instead urged only a peaceful march.

No record of the vote on J.R.H.1 was kept since lawmakers didn’t vote by roll-call. However, True North Reports contacted more than two dozen Republican lawmakers who didn’t co-sponsor the resolution and asked how they voted. Ten answered, and 15 refused to say. It is assumed that all co-sponsors of J.R.H.1 voted yes. 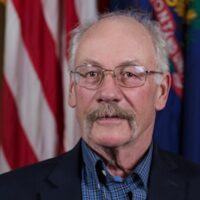 “Please let me just say that what happened in Washington last week was appalling and those that broke the law should be prosecuted. The USA right now is as politically divided as I have ever seen it. I believe the Legislature was only beating their chest to be recognized as being opposed. Furthermore, I could not see a way to impeach the president in about 7 to 8 business days. The other party tried that for two months last fall with no success, and I believe that it’s more important that we now start to get the country back on an even keel, and stop all the negativity. Trump is over and it’s time to move on. For these reasons I did not sign on to the resolution and I voted no.”

“I did not support or sign the resolution concerning the President’s resignation. I believe the resolution was made hastily and I was not/am not convinced that the mob that attacked the White House was the protesters that came in bus loads from all over the country in support of President Trump. The article in Saturday’s Caledonian Record (‘Trump Supporters Share Eyewitness Accounts From Riot’) confirms that, at least locally. I believe President Trump asked for the support but not the violence. I believe that came from elsewhere.”

“I voted no to the resolution because it condemned the President and not the violence. If the wording and language had been to condemn all violence that threatens our government, our institutions and our citizens I would have signed.” 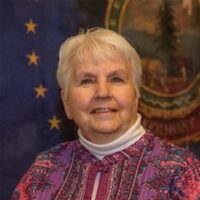 “I do not believe that anyone condoned the action or lack thereof of President Trump regarding the violence that occurred at our Capitol. My reasoning for my not signing on to the resolution was that I did not like the wording, and had not been able to read the final version before the vote took place. There was no discussion by the body as a whole. It was a vote for or against, and I voted not to support the Resolution as it was written.”

“The socialist Democrats … are great about putting up these resolutions that are basically meaningless. I don’t remember, when a lot of our cities were on fire from Antifa or BLM, I don’t remember Mitzi [Johnson]/[Tim] Ashe putting together [resolutions] condemning those people. It seems to always have a double standard when it comes to right and wrong.” 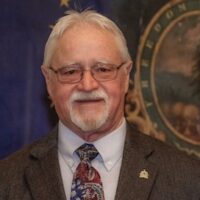 “I voted no on this resolution for a couple of different reasons. When we first brought the gavel down the Speaker of the House said that we’re going to try to make this year a good year where we all work together and we try to solve the problems of the state. … And the next day I believe that this resolution was rammed down people’s throats. … [The resolution] says the president’s supporters marched on the capital and violently stormed the building ransacking and terrorizing.  It doesn’t say a few hundred or three hundred or four hundred supporters — they are insinuating that there was 100,000 people there climbing on the capital, and I didn’t like that either. … I believe this resolution was horridly pushed along and I really wish that our governor — and I am still a supporter of Governor Scott and always have been — I wish that we could all focus, including him and especially him, on the ongoing problems that we have in the State of Vermont.” 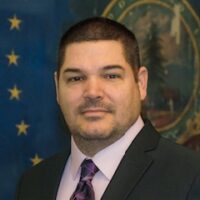 “I did vote for it. My constituents know why.  … The president has a duty to be the adult in the room. Instead of calming those who are filled with fear, anger and confusion, he chose to fan the flames into a fervor. That is not leadership and it is not in line with Republican values. The time in which we could co-sponsor was immediately after the GOP caucus, and I was already heading into the doctor’s office.”

“I voted yes on the resolution on behalf of constituents of mine who were upset and troubled by the behaviors of the break-in at our nation’s Capitol Building. However, I had concerns about the legislature writing a resolution so quickly while the news was newly being reporting of what had happened at the rally that afternoon. As legislators, we are responsible to do our best to always have the most accurate information possible as we craft bills, resolutions and policy, and I felt we were acting in haste while the circumstances of the break-in were still being reported and determined.”

“I voted in support of the resolution even though I was not a co-sponsor.”

Rep. Marcia Martel told True North she did not sign on as co-sponsor but voted yes, adding no further comment.

Five GOP lawmakers wouldn’t say how they voted, but offered comments instead: 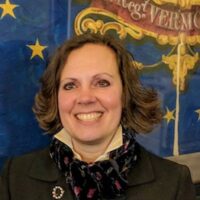 “I’d like to take this opportunity to speak up for some of my fellow Reps, of all parties — if they didn’t sponsor the resolution, it does not mean they didn’t support it. There are many factors playing into this — the compressed timeframe for electronically signing onto the resolution, the difficulty getting accurate information in such a short timeframe, and someone may have even missed the deadline due to being in another meeting or appointment.”

“I’m not going to release that information, thank you.”

Rep. Parsons told True North Reports he has been contacted by probably a half dozen publications but not one constituent. He said if a regular constituent calls, “I am an open book.”

Rep. Lefebvre told True North she is not sharing her vote with the media but will speak with constituents who call.

“To be clear, I in no way support what happened in Washington, D.C., on January 6, 2021, nor do I support President Trump. I believe I was elected to Represent Orange-1 District and the state of Vermont and not federal politics.”

Ten GOP lawmakers did not return multiple requests for comment:

Images courtesy of The White House and state of Vermont