By Mike Gonzalez and Dakota Wood | The Daily Signal

The woke left views the military as a crucial ideological battlefield. And much of the brass and civilian leadership at the Pentagon are prepared to fight on behalf of the woke cause. Lohmeier, it seems, was an early casualty in this ideological offensive, but likely not the last.

Imposing anti-American racial ideologies on our troops directly threatens our national security, by spreading ideas that undermine confidence in the principles underpinning our Constitution, trust in our system of government, and traditional values that promote unity, cohesion, and equality among service members. That’s classic critical race theory. 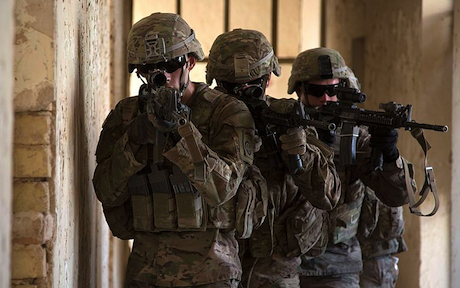 As a nation, we call upon our military to defend what is best of America. Efforts to undermine and disparage that are unconscionable, harmful not only to our security, but also to the very essence of what the United States represents. It should not be tolerated

Our soldiers, sailors, airmen, Marines, and space guardians take an oath to defend the U.S. Constitution and all that it stands for. Instructing them that our Constitution and the beliefs incorporated into it by the Founders were meant to perpetuate white supremacy is reprehensible; it cries for urgent congressional examination and pushback. Yet that’s precisely what troops are being taught, ­according to Lohmeier.

As a reward for blowing the whistle, Lt. Gen. Stephen Whiting, the head of Space Operations Command, reportedly removed Lohmeier as commander of the 11th Space Warning Squadron.

Lohmeier described to radio host Steve Gruber the “intensive teaching that I heard at my base—that at the time the country ratified the United States Constitution, it codified white ­supremacy as the law of the land. If you want to disagree with that, then you start [being] labeled all manner of things, ­including racist.”

Lohmeier felt called to write a book about the crisis, because he worried that military leaders are inculcating the troops in fundamentally contradictory and distorted narratives about the nation, its history, and identity. He “recognized those narratives as being Marxist in nature.”

On another show, Lohmeier shared more concerns that motivated him to speak out, saying that “the diversity, inclusion, and equity industry and the trainings we are receiving in the military” are further examples of Marxist ideas that included critical race theory.

A Pentagon official told CNN that Lohmeier had been relieved of his duties “due to loss of trust and confidence in his ability to lead.” Officials are also investigating whether his comments amount to proscribed partisan commentary.

But what, exactly, did the Pentagon find objectionable in what Lohmeier said? His concerns seem entirely warranted. One of us (Dakota Wood) served two decades in the Marine Corps and can find nothing Lohmeier said in either interview that could be considered political, insubordinate, or disrespectful.

The firing has served one useful purpose, however: It has drawn attention to the administration’s apparent intent to introduce wrong-headed and highly inflammatory Marxist ideologies into military ranks.

Lohmeier’s exposé jibes with ideological indoctrination underway in other branches. Consider the Navy’s Professional Reading Program. It includes books that portray America as systemically racist and promotes the view that the Constitution was written to perpetuate white supremacy.

That the Space Force has now relieved a unit commander for expressing his concerns about this type of education and training material within his service suggests this is no isolated case.

The Defense Department is now reportedly considering hiring a private company to monitor the free speech of military personal on social media, using key words or algorithms that by their very nature reflect the perspective of those who select the words and write the algorithms.

The relentless drive to enforce conformity within the military with a preferred leftist narrative is troubling, especially as it reinforces the Marxist tendency Lohmeier warned about.

The American people and our elected representatives should not only be aware of what is going on within the Department of Defense, but speak out as boldly and courageously as has Loh­meier.

As a nation, we call upon our military to defend what is best of America. Efforts to undermine and disparage that are unconscionable, harmful not only to our security, but also to the very essence of what the United States represents. It should not be tolerated.

3 thoughts on “Woke takeover of U.S. military endangers us all”