In his remarks earlier this year before a Manchester, Vermont, audience, Ed McMahon, a nationally recognized town planner, quoted anthropologist Margaret Mead: “Never doubt that a small group of committed individuals can change the world — indeed, it’s the only thing that ever has.” 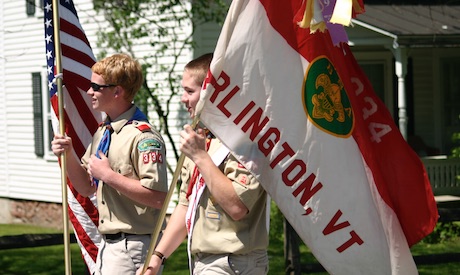 Recently, several scores Arlington residents have taken Mead’s statement to heart and have banded together, not to save the world but to bring back the shine to their 256-year-old community.

Not unlike many villages and towns in Vermont, Arlington has witnessed a plethora of changes over the last two decades — and not all welcome. A partial listing would be the loss of scores of children at the town’s elementary and high school, underutilization of the town’s exceptional recreational park, the accelerated increase of blighted properties, and the recent closings of the Catholic Church and the Chamber of Commerce. In addition, the use of illegal drugs has not bypassed Arlington either.

What’s even more upsetting has been the loss of town spirit, once a major asset of the town that Norman Rockwell, Dorothy Canfield Fisher and the Green Mountain Boys called home.

I would be remiss in not mentioning that a strong town-wide spirit has temporally has taken hold with the high school girls varsity soccer team winning the Division IV State Championship, ending a season with an 18-0 record. What is about to take place in Arlington is not only the raising of the spirit and participation of its residents when it comes to athletics, but also in the arts and tourism, school and town government performance, public safety, and economic development.

The first thing a town should do — and Arlington is no exception — is to follow up on a point made by Ed McMahon. Every town should take an inventory of its assets, specifically, its natural, cultural, human, economic, recreational and educational resources. But before a project like this can be undertaken, a system and process must be put in place which has leadership behind it. 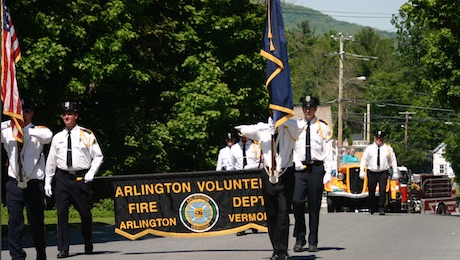 Arlington recognized this and has been fortunate to have one of Vermont’s outstanding leaders take charge — retired Col. James Baker, who will be coming back to Arlington later this year after leaving his executive position with the International Association of Chiefs of Police in Alexandria, Virginia. Baker, a long-time resident of Arlington where he raised his children and grandchildren, fully recognizes that what has taken place in Arlington did not happen overnight — not an unfamiliar scene for him, having led the Project Vision program in Rutland for three years before leaving for Washington in 2015.

Following a recent press conference, where Baker outlined what his vision and goals were to town residents, there has been an outpouring of public support. Specifically, eight residents have stepped up to chair or co-chair six committees that have been created. Behind these volunteers are dozens of residents who have signed up to serve on the six committees.

A critical component of this large effort was to obtain the “buy in” of government, school, and existing organizations’ leaders and board members. Colonel Baker has obtained this support, as well as that of some of Arlington’s leading businesses: The Mack Molding Co., West Mountain Inn, Quadra-Tek, The Norman Rockwell Inn, and the Arlington Inn. All recognized that measurable outcomes will not take place overnight.

The success of what Arlington is about to undertake will take place when there is a crushing of “the attitude of unconcerned.” Arlington, historically, has had a rich cultural, economic, and educational history. However, it is the future that will be the focus — for current residents, as well as for the next generation who might wish to reside in Arlington.

To accomplish this effort will take more than six committees — it will require a village.

Image courtesy of town of Arlington