Taxpayers from all 50 states pay into the Highway Trust Fund when they fill their tanks with gas or diesel fuel.

That sends billions of dollars a year to Washington, which then cuts checks to state governments in the form of infrastructure grants overseen by federal bureaucrats.

It’s hard to tell just what shuffling so much money from one level of government to another is supposed to accomplish. In point of fact, the system creates many speed bumps that prevent our highway system from delivering the value it ought to.

A Senate Environment and Public Works Committee hearing on Wednesday provided few reasons to justify continuing down the current road. 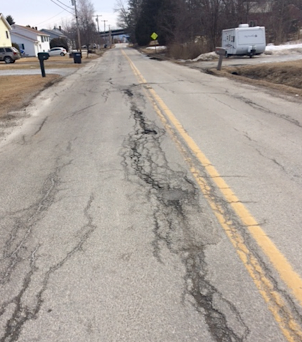 About 28% of Highway Trust Fund spending is diverted away from roads and bridges, instead going toward mass transit, bike paths, and ferry terminals. Also, the increasing use of hybrid and electric vehicles makes reliance on the gas tax a worse proposition with each passing year.

The subject of the hearing was legislation to reauthorize the federal surface transportation system, which the committee chairman, Sen. John Barrasso, R-Wyo., is hoping to unveil before Congress’ August recess.

Senators and the panelists acknowledged several problems with the Highway Trust Fund.

First, the fund is running an annual deficit and will be depleted in the next two years, which will require bringing taxes and spending into alignment. That would be an improvement from the 2015 highway bill, which added $70 billion to the national debt by transferring money from the general fund.

Second, the prospect of simply extending the current law for short periods would be counterproductive. As Barrasso noted, that would “undermine our states’ ability to plan” infrastructure projects.

While that statement is accurate, it also points to one of the problems with today’s bloated federal government; namely, that states have become dependent on Washington for the provision of many basic services.

Considering the regularity of gridlock in Congress, expanding the federal government’s role seems foolhardy. If we’re counting on the House and the Senate for road maintenance, that could lead to a bumpy ride for everyone.

Barrasso then extolled the virtues of formula funding, which distributes 90% of Highway Trust Fund dollars to the states. He mentioned that the formula method “gives each state the flexibility they need” and “expedites the delivery of highway infrastructure spending.”

In a positive sign for the upcoming legislation, Barrasso said that the bill will “speed project delivery through streamlining” by cutting “red tape.” That would be a win for taxpayers, since misguided regulations cost the nation billions of dollars in highway value every year.

However, that also points to another reason for reducing the federal role. If money stays with the state to begin with, the federal government will never get a chance to cover those funds in red tape.

The hearing featured extensive discussion of how to pay for the nation’s highways. The most frequently cited position was that users should pay for the roads. Yet there is disagreement regarding what “user pays” should actually look like.

Transportation advocates commonly promote an increase in the federal gas tax. While the federal tax has not increased since 1993, that does not mean motorists are getting a discount.

First, state gas taxes have climbed steadily over the past few decades. Second, 28% of Highway Trust Fund spending is diverted away from roads and bridges, instead going toward mass transit, bike paths, and ferry terminals. Third, the increasing use of hybrid and electric vehicles makes reliance on the gas tax a worse proposition with each passing year.

The most straightforward way for users of the interstate system to pay for their activity would be through tolling. However, with the exception of grandfathered-in highways, states are unable to toll interstates.

That restriction takes freedom away from states and removes a promising option for local road funding. Tolling would not only allow states to maintain and improve the nation’s most heavily used roads, but it would also provide an avenue for private-sector involvement.

The current system of using federal taxes to raise funds for grants to states primarily generates benefits for politicians, leaving taxpayers with the bill. State officials receive funds that are taxed at the federal level, and federal officials get to tout any benefits from the spending.

Elected officials should put the public good ahead of political concerns by reducing federal highway taxes and spending, and allowing state governments to take on a greater role. That would improve the value of highway spending by making projects faster, more efficient, and less dependent on Capitol Hill.

Image courtesy of city of Rutland