The push in Congress and in many states to force an all-mail national election in November and in the remaining state primaries is both unwise and unnecessary.

It is unwise because absentee or mail-in ballots are voted outside the supervision and overview of election officials — thus destroying the secret ballot, an important hallmark of American elections for more than a century. They are susceptible to being stolen, altered, and forced. They can lead to the intimidation and improper pressuring of voters in their homes.

And let’s not overlook the errant vulnerabilities and vagaries of being misdirected or not delivered by the postal system.

Finally, vote-harvesting in states that have legalized it — allowing candidates, campaign workers, party activists, and political consultants who have a stake in the outcome to pick up absentee ballots from voters — dramatically increases the likelihood of fraud and illegal “assistance” of voters. 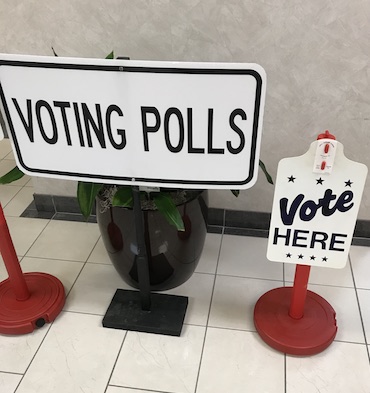 The mayor of Gordon, Alabama, was removed from office last year after being convicted of absentee ballot fraud in an election he won by only 16 votes. Also, the 2018 congressional race in North Carolina was overturned because of illegal vote harvesting by a political consultant who was collecting absentee ballots from voters. Ballots were changed, altered, and in some cases never delivered to election officials.

It is unnecessary because elections have been successfully held under much more onerous conditions, such as in Liberia in 2014 in the middle of the West African Ebola epidemic.

There is no reason we cannot do the same in our neighborhood polling places, using all of the same safety protocols that are allowing all of us to go to the grocery store, pharmacies, and other retail establishments.

In 1998, after a series of cases in Florida involving absentee ballot fraud, the Department of Law Enforcement issued a report on persistent fraud in state elections, calling absentee ballots the “tools of choice” of “those who are engaging in election fraud.”

That included the 1997 mayoral race in Miami, which was overturned because of what a county grand jury in 2012 called “widespread absentee ballot fraud.”

If you think that is ancient history, take a look at more recent cases documented in The Heritage Foundation Election Fraud Database, which contains a sampling of almost 1,300 proven cases of fraud from around the country.

That includes the mayor of Gordon, Alabama, who was removed from office last year after being convicted of absentee ballot fraud in an election he won by only 16 votes.

Another recent case: the 2018 congressional race in North Carolina. It was overturned because of illegal vote harvesting by a political consultant who was collecting absentee ballots from voters, as well as ballots that were changed, altered, or — in some cases — not even delivered to election officials.

Still doubt the vulnerabilities of the absentee balloting process and the dangers it poses to secure elections? Then take a look at one Democratic mayoral primary in East Chicago, Indiana. It was overturned by the Indiana Supreme Court in 2004 due to “pervasive” and “voluminous, widespread” fraud involving absentee ballots.

That included preying on first-time voters, those “less informed or lacking in knowledge of the voting process, the infirm, the poor, and those with limited skills in the English language.”

Ballots were filled out by campaign workers instead of voters; people were pressured to vote a particular way or were paid for their votes; and individuals who did not even live in the city or were registered at vacant lots voted illegally (but easily) using absentee ballots.

What about handing over the administration of our elections — and a very valuable commodity, your ballot — to the U.S. Postal Service? How many readers have had mail for someone else misdelivered to your address? Or had mail come in for someone who used to live at your address?

The federal Election Assistance Commission collects information from the states and files a report with Congress after every national election, including on absentee or mail-in ballots.

In 2016, more mail ballots — 6.5 million — were misdirected or unaccounted for than the margin of votes separating Donald Trump and Hillary Clinton.

“Unaccounted for” means state officials handed requested absentee ballots over to the Postal Service for delivery to voters but never heard another word about them.

So election officials don’t know what happened — whether the ballots were properly delivered, whether voters decided not to vote after all, or whether the envelopes got lost when voters sent them back.

Thousands of absentee ballots were found in Wisconsin after its April 7 primary, including in a mail-processing facility, and were not delivered or counted.

On the other hand, 300,000 Wisconsinites cast ballots in person at polling places this spring.

The state Elections Commission trained its poll workers in all recommended safety protocols. And polling places were carefully set up to implement everything from social distancing in the waiting lines to using disposable pens and voting materials to careful sanitation of everything, including voting locations.

The title of a recently released medical study on the successful election says it all: “No Detectable Surge in SARS-CoV-2 Transmission due to the April 7, 2020 Wisconsin Primary.” And Congress in March appropriated $400 million for the states to fund any extra costs they incur in administering elections safely because of COVID-19.

Similarly, South Korea held a national election in April 15 in which 29 million votes were cast, with no reported infections from the election.

Many states are already reopening their economies and other states will soon follow suit.

We need absentee ballots for those who can’t make it to their polling places because they are sick or physically disabled or serving our country abroad, but they should not be the only way to vote. Even in the midst of this pandemic, we can run our elections both safely and securely.