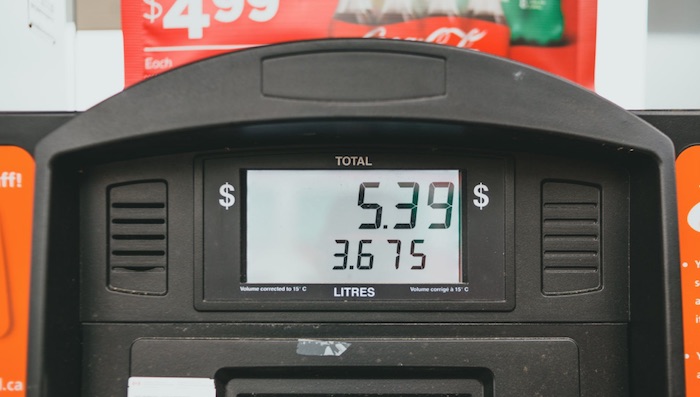 In the year and a half since Biden took office, average gas prices have risen more than $3 per gallon. The administration bears the lion’s share of the blame for this explosion in fuel fees.
Although the Biden administration seems to think that the current crisis in gas prices stems from a demand issue, the problem really comes from a lack of supply.

By Douglas Blair | The Daily Signal

President Joe Biden is proposing a new federal holiday. But it’s not the fun kind where you get to caravan to the beach with your family.

In fact, this new holiday makes it more likely you won’t be able to afford that beach trip in the first place.

The only issue with this act of benevolence from the federal government is that it fundamentally doesn’t affect why gas prices are so high in the first place.

In the year and a half since Biden took office, average gas prices have risen more than $3 per gallon. The administration bears the lion’s share of the blame for this explosion in fuel fees.

Although the Biden administration seems to think that the current crisis in gas prices stems from a demand issue, the problem really comes from a lack of supply.

The Heritage Foundation reported that federal gas taxes don’t account for even 4% of gas prices. (The Daily Signal is Heritage’s multimedia news organization.)

Far more substantially, the administration made clear from Day One that it would pursue an aggressive agenda against fossil fuels and domestic energy production.

Time after time, the Biden administration has wielded its regulatory agenda to try to kill oil and coal.

And Americans’ jaws collectively dropped when Biden’s transportation secretary, Pete Buttigieg, said in November that “families who own [electric vehicles] will never have to worry about gas prices again,” implying that those concerned about the obscene amount they were paying at the pump should just, like, buy a Tesla.

But even if the administration isn’t shilling for inefficient electric vehicles or attempting to obliterate domestic energy production, government officials are still blundering their way into increasing Americans’ pain at the pump.

Katie Tubb, a Heritage research fellow for energy and environmental issues, noted that “temporarily suspending the [gas] tax could actually artificially incentivize short-term demand, driving prices right back up and wiping out any of the already-meager savings Americans might experience.”

So even when the administration is trying to provide relief, it can’t get that right.

Biden should stop applying Band-Aids to a gushing wound and do the one thing that will solve the crisis: Unlock American energy.

“The Biden administration needs to unleash domestic energy production and take advantage of America’s abundant energy resources,” Tubb argues. “That will put downward pressure on prices both in the short and long term.”

That last phrase is key here.

In the short term, Americans are suffering from horrifically high prices. But that pales in comparison to the potential energy nightmare the country faces in the long term if Biden is allowed to continue to gut domestic energy production.

Americans need only look to California to see what bad energy policies do to a place. The Golden State is regularly roiled by rolling blackouts, and residents expect to pay an average of $6.40 per gallon to fill up at the pump.

High gas prices are the inevitable result of failed Biden policies to eliminate American energy production. That’s not something a gas tax holiday can fix. That requires a much deeper solution.

Lawmakers in Congress must use their authority to pass legislation that will empower domestic energy producers to drill, frack, mine, and refine as much as they can.

Of course, those bills should include reasonable restrictions to protect the environment, but the Biden administration’s pie-in-the-sky philosophy of pushing green energy at the cost of all other forms of fuel is hurting the average American family.

Additionally, Biden should abandon his campaign to decimate the oil and gas industry. Americans don’t need any more obstacles to heating their homes or refueling their cars, and each strike against the industry burdens innocent consumers.

Biden’s proposed gas tax holiday is a ploy to distract from the serious energy-related issues brewing under the surface. Unless Congress acts or the administration reverses course, those issues will continue to fester.

For now, enjoy the holiday. It’ll be over all too soon.

One thought on “What impact would a gas tax ‘holiday’ have? Not much”