The COVID pandemic is, hopefully, the worst tragedy that most Americans will have to experience. No event has ever had such a negative effect on our society.

Only older Americans can remember that in pre-vaccine days people died routinely from whooping cough, diphtheria and even scarlet fever. Polio was the mystery disease that appeared every year, usually in the summer, and crippled or killed thousands. It had no identifiable cause, and no real cure. (The first major epidemic of polio occurred in Vermont in 1894.) The disease was ever-present until a vaccine was tested and proved successful in the 1950s. Polio was the last of the major plagues to be solved. Parents could finally relax. The silent killers were defeated.

What was amazing is that through all of this potential danger there was no national panic, and no politicization of the problems. People were worried, but were united. Schools stayed open, businesses of all sizes functioned normally, and people gave hugs and shook hands. Only the bad guys in movies wore masks. People traveled and went to ball games. The diseases were evils that could be coped with. They were not allowed to change our social, economic and political structure. 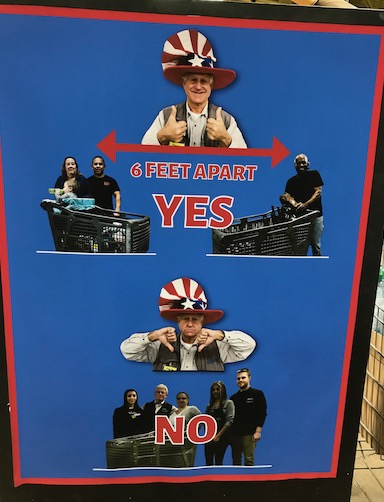 What has happened with the COVID pandemic is totally opposite. Perhaps because we have all become used to “getting our shots” every year, we have lost confidence in our nation’s ability to cope. Admittedly, COVID is so capricious in its spread that we can not easily predict its next move. On the other hand, the measures taken by our federal and state governments, beginning in January and February, have paid off. The effects of the disease are less deadly now than six months ago. “Operation Warpspeed” is on the verge of producing a vaccine, and several therapies have proven successful. Things are looking better than they have for a long time.

The crisis is so controlled now that it has begun to provide the excuse for rampant abuse by all kinds of special interests who use COVID as a mechanism to gain advantage for themselves. They have taken the “never let a good crisis go to waste” mentality to new lows.

In Vermont, the education establishment is perhaps the worst offender. They continue to provide less education but demand more money for themselves. Locally, the Taconic and Green district got a tax increase on the grounds that they needed more funds to cope with the virus. It was revealed two weeks ago that because they had shut down almost completely in March, the district has a $1.2 million surplus to play with.

Nationally, Congress has spent trillions of dollars to provide ventilators, protective gear, emergency hospitals, etc., as well as cash payments to businesses and individuals who need assistance. The first COVID relief package was so generous that much of it has not been spent yet. Meanwhile, the Congress is arguing among itself whether or not to spend another $1 trillion to $2 trillion dollars, and what to spend it on.

Our political system has become a shambles. States are rushing to eliminate traditional voting practices and replace them with error prone, fraud-inducing mail-in systems that have few safeguards and little real planning behind them. Fear of the virus has provided one presidential candidate with an excuse to avoid campaigning almost entirely to “protect” his supporters. The tradition of debates, established 60 years ago, has been almost abandoned, again using COVID as the excuse. The Democrats have decided to pile all blame for the disease on the administration in office. They refuse to admit that they have offered not one shred of constructive support for the attempts to fight the disease.

Our national crisis has become our national disgrace. The nation’s carcass is not completely dead yet, but the parasites and harpies are picking it clean. The dead have become pawns in a greed fest that we will regret for a long, long time.