In Vermont, the winds of cancellation and censorship are blowing hard against news coverage of the complaint by members of the Randolph volleyball team that a biological male teammate identifying as a girl dressed privately and then watched them change their clothes in the school locker room. 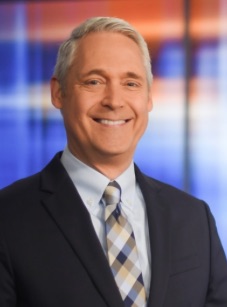 The story was not consigned to the digital memory hole due to factual inaccuracy. “We believe our story was accurate,” Garrity said. WCAX pulled the story in an effort, Garrity said, to prevent harm to transgender students.

“I made the decision to take down the story so that others could not continue to use our reporting to attack a teen and her family and other transgender people,” Garrity told Vermont Daily Chronicle.

WCAX’s initial story was linked to and/or cited by Fox News and other media (including Vermont Daily Chronicle). Seven Days characterized the snowballing news story this way: “In the days that followed, right-wing news outlets including Fox News, the New York Post, and OutKick parroted the WCAX report and turned it into viral clickbait.”

Seven Days reports that the biological male identifying as a girl has felt supported in school but has received “unwelcome messages” on social media: “Throughout the saga, school administrators, teachers and counselors have been extremely supportive of her daughter, the mother said. However, she’s received unwelcome messages from community members on Facebook.”

Asked if the decision was influenced by corporate pressure from the station’s owners or from transgender rights supporters Outright Vermont and the ACLU-VT, Garrity gave a one-word answer: “No.”

Finally, Garrity said the story (before it was pulled) “reveals a shortcoming in state policy that has the potential to create conflict.”

Mainstream news coverage of the locker room conflict since the WCAX report has essentially ‘flipped the script.’ VTDigger, for example, has focused on the hacking of the school website (also taken down due to actions by ‘transphobic’ hackers, school officials say), and the biological male student’s mother’s insistence that her child was victimized by hateful girls. School officials have confirmed the locker room is now off limits to everyone on the team, and say they are looking into charges of bullying and harassment — which the girls say they are the target of, because they complained first to the biological male and then to the school.

The girls’ volleyball team’s concerns seem of little news value to both VTDigger and Seven Days.  Their coverage lacks any quotes from them. However, quotes from the transgender student’s mother and Supt. Layne Millington are abundant. A VTDigger headline called the follow-up news coverage ‘transphobic.’

If Seven Days and VTDigger had quoted the students, their readers might have heard illuminating first-person accounts, such as provided by Kayla, age 15, to the Daily Signal (1:17 on the video):

“I was the first one inside the locker room at the time. The trans student came in and walked into a separate part of the locker room and went and changed, while the other girls were in the main part of the locker room changing as well. As soon as the trans identifying student was done changing, they came out and stood at the entrance of the locker room for a little bit. A lot of the girls were changing in their sports bras and stuff. A lot of us stated, like, ‘can you please get out, we’re changing, we don’t feel comfortable with you in here.’ After a little while the student did leave, but it took a little bit for the student to leave. And a lot of us were not comfortable with that situation. It’s happened before, and so we just wanted it to be changed. Really.” – Sophomore Kayla, 15

Instead, VT Digger quoted a Northeastern University journalism professor as saying that the news value of reporting the story didn’t justify the harm caused to the transgender student.

WPTZ, Fox 44, Vermont Public (formerly VPR), the Burlington Free Press, and the Associated Press have yet to cover the story at all, according to an online search.

It is uncommon for news organizations to pull news stories, and even more uncommon to assert damage despite standing by the accuracy of the details.

As reported by the Daily Signal, the girls and parents of the Randolph Union High School volleyball team demand their right to speak out when they feel threatened. Their claims echo the ethic of the “Believe Women” movement that reached its peak during the nomination hearings of Supreme Court Justice Brett Kavanaugh but was already in full swing as women came forward to challenge famous, influential men for sexual abuse.

“When we say ‘believe women,’ it’s for this explicit intention of making sure there’s space for all women to come forward to speak their truth, to be heard,” New York U.S. Sen. Kirsten Gillibrand said.

Images courtesy of The Daily Signal and WCAX