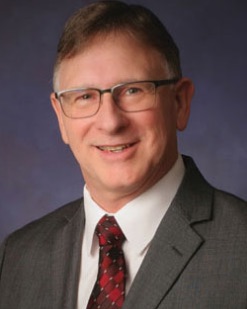 The election for national convention delegates — including National Committeeman — was to be held at the party State Convention of town delegates on Saturday, May 16. However the gathering was cancelled due to the coronavirus.

The 480 delegates (already selected at town caucuses) will vote instead by mailed ballots. Ballots will go in the mail Wednesday, April 29. Ballots must be returned by no later than May 14. The ballots will be counted (using social distancing) by State Chair Deb Billado and three others on May 15. Voters will also choose (from among 41 candidates) 14 national delegates and 14 alternates to the national convention.

Shepard was elected National Committeeman for Vermont in 2012 and re-elected in 2016. He currently serves as RNC Vice Chair serving on the Executive Committee and as a member of the Rules Committee. Shepard has also been National Director of Catholic Engagement for the RNC.  He has attended the 2004, 2008, 2012 and 2016 Republican National Conventions serving on the Platform Committee, The Committee on Permanent Organization and the RNC Committee on Arrangements.

Shepard serves on President Trump’s Catholic Advisory Committee.  He gave the prime time invocation on the night President Trump and Vice President Pence were officially nominated at the 2016 Convention.

In Vermont, Shepard serves on the VTGOP State Committee and the VTGOP Executive Committee, and is an active member of his Republican Town and County Committees.  He has served as a media advisor on U.S Senate, U.S. Congressional, Gubernatorial, various state-wide and legislative races.

Shepard, and his wife Eileen, are owners of Junction Consulting LLC; a marketing and advertising firm specializing in creating, producing and delivering corporate and political messaging. He is also a partner in a Behavioral Science Research Firm.

The Shepards have two adult daughters, a son-in-law and two grandchildren. His supporters among Vermont Republicans who informed Vermont Daily of their support for Sheppard include Lawrence Zupan, 2018 nominee for US Senate, and 2018 Fairfax House of Representatives nominee Mary Beerworth.

As CEO of Advanced Mobile Solutions, a mobile medical facilities provider, Cochran was named Vermont and National Small Business Person of the Year in 2011. In a letter to GOP county chairs, Cochran builds his platform on two main planks: accountability and fundraising.

“Here are a couple of key points that like President Trump I commit to you that will be my “promises made and promises kept,”  Cochran writes. “First it is important that you have regular updates from my efforts.  Over the many years of involvement with our Party it has been a rare occasion that we have had a glimpse into what our National Committeeman even does. I intend to change the many years of mystique and intrigue.  In fact, as a positive measure I have spoken with Chair Deb Billado about the possibility of having a corner on the website along with the ability to have her include updates of what my meetings are about to our entire Republican members.  Everyone should have visibility and a trip report after each RNC meeting.“

We need to be consistently endeavoring to bring RNC funds to Vermont,” Cochran continues. “Chair Billado did a great job at this last year.  I want to help her and our Party by being that critical interface to help support Vermont.  Our State Party needs all the funding support we can find and creative efforts to make a positive difference.  This will continue to be an important element of this position and you will know how we are doing because I commit to report on the steps being taken as I work to gain more financial support.”

Cochran, along with Greenwood and Laura Benner a MAGA co-chair, pledged to continue strong support for President Trump. Shepard has been an enthusiastic and vocal backer of the president on his frequent appearances on “Kurt and Marcus in the Morning “ on WVMT.

12 thoughts on “VT GOP has contested race for national committeeman”