VICTORY, Vt. — A member of the Board of Civil Authority says the Secretary of State’s office has not taken responsibility for the town’s election woes, even after a Vermont Superior Court judge ruled that the voter checklist contained unqualified voters and non-residents who voted in recent elections.

Tracey Martel, town clerk and a member of the eight-member BCA, was the plaintiff in a February court decision that resulted in the removal of 13 percent of the electorate from the town’s voter checklist. After multiple board reviews and the ruling from Essex County Superior Court Thomas J. Devine, 11 people who cast absentee ballots in the 2017 Town Meeting Day were found to be ineligible to vote. 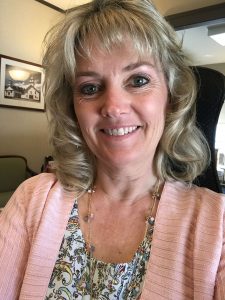 Tracey Martel, town clerk for Victory, Vt., told True North that the Secretary of State’s office “needs to interpret the law as written and support the law, not plump up voter checklists to win elections.”

Martel, who is also town treasurer and a E-911 coordinator, put the confusion about the voters’ eligibility squarely at the feet of Secretary of State Jim Condos.

“I find that the law is clear in state statutes, but get to the Secretary of State’s office’s website and they still have listed under FAQ article 6 their own interpretation of what the definition is regarding who is a resident for voting purposes,” she told True North in an interview.

“So, if we have a secretary of state not upholding what the meaning of residency is in the state, then I would think that BCAs around the state will not see how clear the law is.”

According to Martel, the local BCA is still experiencing confusion about the ruling’s implications for future elections.

“I know that the majority of our BCA does do the right thing. We do, however, have three BCA members who ignored the law as it is written and continue to interpret it incorrectly,” she said, choosing not to disclose the members’ names.

Boards of Civil Authority in Vermont are guided by statute 17 V.S.A. § 2103(5). In Victory, the BCA consists of three Selectboard members, the town clerk and five justices of the peace elected locally. In addition to Martel, Victory’s BCA members include Justices of the Peace Dawn Peters, Jan Stanley, Sandra Hudson and Zane Cook; Selectboard members Walt Mitchell and Walt Neborsky; and Otis McKinstry.

“Every town needs to revisit their checklists and clean them up,” she said. “Having non-residents voting in communities dilutes the votes of the legal residents. That is a form of voter suppression in my opinion.

“Sometimes, as in my case, it only takes a few votes to change the outcome of an election. I definitely know this is going on elsewhere.”

Martel says she has spoken with other town clerks and discovered that confusion about the ineligibility of non-resident voters is widespread. In one instance, the situation involved a current non-resident claiming residency, and therefore eligibility to vote, based on the notion that they might someday return to the area.

“[The clerk] explained to me that one of them may someday return to that town after the death of a family member has occurred, and would probably inherit the family property,” Martel said. “This is not an imminent death, just an ordinary life occurrence. So, to her, that was ok — this person may come back. So, therefore, she allows this person to remain on that town’s checklist.”

Martel added that she is “not certain how widespread” this situation is, but that her conversations with other town clerks shows the problem goes well beyond Victory. She stressed that the law is clear, but the Secretary of State’s office is not.

Who is a resident?

A Connecticut family that was listed among the defendants in Martel’s lawsuit, and who admitted to voting in Vermont elections, said in court documents that they got approval to do so from the Vermont Secretary of State’s office. Condos has denied that his office gives advice for specific cases, but instead defers to local BCAs to make a determination of residency.

Martel said she believes the defendants who claimed they were advised by the Secretary of State’s office that they were eligible to vote.

“The Secretary of State’s office claims that it has never told the non-residents they were eligible to vote. I find this hard to believe because, before the pressure of this case, Jim Condos was reporting that this was voter suppression,” Martel said.

“I do know that the Flanigans and McGill, Saligman [voters whom Martel claimed were non-residents in her lawsuit] all called the Secretary of State’s office. … Jim Condos can try and blow off the Victory story, but we aren’t going anywhere. We, as a town, would like to see justice served to those that have created this mess.”

Nuances of the law

But Victory’s town attorney, Daniel Richardson, doesn’t see eye-to-eye with Martel on blaming the Secretary of State’s office for the voting troubles.

“To the best of my knowledge, I am not aware of the Secretary of State’s office interpreting the key voter qualification statutes under 17 V.S.A. § 2121 or 17 V.S.A. § 2122 as allowing out-of-towners to register to vote in a town,” Richardson told True North. “I know some members of the Victory BCA claimed that they had consulted the Secretary of State’s office, but they never received a written opinion or detailed what guidance they actually received. So, I cannot really evaluate what was said.”

Richardson added that, in his experience, the secretary of state does not offer advice on individual voter eligibility questions.

“(The secretary of state) gives generalized guidance to town officials and refers them to the town attorney for more specific questions,” he said. “My best guess is that what occurred in this case was confusion by some of the BCA members with the nuances of the law. My own conversations with the Secretary of State’s office indicated that it understood and was interpreting the law in a manner that was consistent with the positions that the town took in court and which were ultimately upheld by (Superior Court) Judge Devine.”

Richardson said such confusion is possible because election law is a complicated “mixture of federal and state mandates,” but that the “vast majority of cases are fairly straightforward” and handled lawfully by “well-trained election staff in towns across the state.”

Since Victory’s voting population is less than 100 voters, the 11 challenged voters represented a significant portion of the electorate. Even so, Richardson said he didn’t believe the problem is widespread in Vermont.

“Most towns that I have represented or worked with have not had these same struggles,” he said. “In fact, I am not aware of a similar issue arising in another town in recent memory.”

Condos told True North that while he supports the February ruling by the Essex County Superior Court judge, he disagrees that his office is to blame. He said his director of elections, Will Senning, sent a memo to town clerks across Vermont after the judge ruled in the Victory case. The memo reiterated the office’s guidance for questions about residency.

Regarding one instance from the case, in which one of the ineligible voters was allegedly added to the checklist despite having left the residency question unchecked on the voter application, Condos said his office has revised the language on the voter registration application.

“This prevents against the (disingenuous) argument that someone can be registered as long as they have not checked no, and instead requires an affirmative yes to all three questions.”