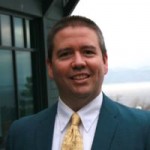 A couple of weeks back, communism’s own Bernie Sanders took time out of his failed presidential bid to sit down with Jake Tapper on CNN, because a lack of more pressing political dumpster fires meant CNN had a slot to fill that day.

As part of that interview, Bernie took the opportunity to note that Amazon is getting “too big,” which means, as usual, that Bernie is still obsessed over size:

Sen. Bernie Sanders thinks Amazon has gotten so large that it requires closer scrutiny of its “power and influence.”

On CNN’s “State of the Union” on Sunday, the anchor Jake Tapper asked Sanders whether Amazon had gotten too big.

‘Yeah, I do, I do,’ said Sanders, the independent senator from Vermont who ran as a Democratic presidential candidate in 2016.

‘This is an issue that has got to be looked at,’ he added. ‘What we are seeing all over this country is the decline in retail. We’re seeing this incredibly large company getting involved in almost every area of commerce. And I think it is important to take a look at the power and influence that Amazon has.’

Funny, Bernie seems to have no problems at all hawking his dog-eared revolutionary garbage on Amazon so he can make a buck on it. One can only assume Bernie takes his evil, capitalistic profits from his Amazon sales and spends them at the local retail shops near any one of his three houses. Or donates his earnings to charity — “Charity” being the secret code name of the lake house he and his wife bought.

As a rule of thumb, when politicians start talking about things getting “too big,” they are never, ever talking about government spending. To that, they are helplessly unaccountable. Then, it’s only a question of how much more additional spending, and what it’s being spent on, that drives their support.

For example, in 2008, Bernie had harsh words for those who opposed stimulus spending, or as others might call it, vote buying with taxpayer dollars and borrowed money:

It is extremely disappointing that President Bush and most of the Senate Republicans are playing political games with our economy and the needs of the American people. This economic stimulus package provides a tax rebate not only to working families and their kids, but to millions of seniors on Social Security and disabled veterans. It also increases funding for home heating assistance and other important programs.

So, even though Sanders has recently voted against Trump’s budget, historically, Bernie has been quite happy to determine what industries are OK to be too big to fail, and which ones aren’t. In other words, he believes it’s his job to pick the winners and losers in the economy, as long as it benefits him politically. Which is why he supported bailing out the auto industry instead of calling it too big to fail, because there are automobile unions, you see, and where there’s a union, there’s Bernie, hawking his vote so he can stay in office and tell us all what’s too big to fail or not. In Bernie’s words:

The problem is if you don’t act in the midst of a growing recession what does it mean to create a situation where millions of more people become unemployed and that could spread and I have serious concerns about that I think it would be a terrible idea to add millions more to the unemployment rolls.

By this thinking, we should borrow trillions to pay people to dig holes and fill them back in, so the unemployment rolls would remain low.

But let’s get back to Amazon and Bernie’s consistent misunderstanding of economics. In his words:

Yet Bernie is quite fine with socialized medicine, which does, in fact, monopolize power over one of the most important services people consume in their lifetimes. Bernie is quite happy with a monopoly in that situation. So why does he have a problem with a company that sells everything from toothbrushes to tacos, but not one that will decide whether or not you get a heart bypass?

Because Bernie is fine with the aggregation of power as long as it’s in a centralized government that he himself is a participant in. That kind of size Bernie is in love with. It means more houses for him, more control over Americans’ lives and more self-justification for what Bernie indulges himself in daily, in terms of aggrandizing power — his innate selfishness and desire to control what he himself never could have earned out in the real world.

6 thoughts on “Campion: Bernie Sanders is too big and failed”